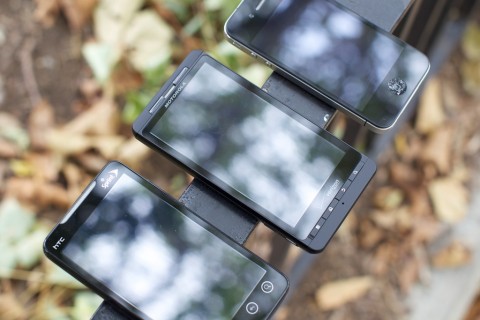 Steve Jobs announced at WWDC that Apple’s iAd advertising platform for its apps will launch on July 1.

Jobs said that Apple has been selling to advertisers for 8 weeks already, and that they have $60 million in confirmed buy to this point. Brands that Jobs announced are already working with Apple include: Nissan, Citi, Unilever, AT&T, Chanel, GE, Liberty Mutual, State Farm, Geico, Campbells, Sears, JC Penny, Target, Best Buy, Direct TV, TBS, and Disney.

60% of iAd revenue will go to developers and payments will be made through iTunes Connect.

As we reported when Jobs announced iAds during the iOS4 announcement earlier this year, this iAds will directly compete with Google’s AdMob for ad revenues on the iPhone/iPod Touch and iPad. Of course, whereas AdMob works on multiple mobile operating systems, iAd will only work on iOS devices (of course, there are almost 100 million of those now, so not such a bad thing).

Read next: The iPhone 4 Has Video Chatting