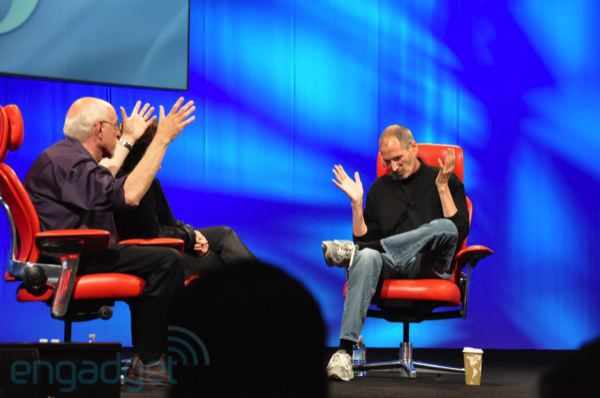 Addressing a number of issues surrounding the relationship with Apple and Google, Steve Jobs has stated that Google “decided to compete with us… so they are”.

Jobs goes on to say that he “kinda” sees Android as a competitor, but makes not comment as to whether he feels betrayed in the scenario.

“We want to make better products then them. What I love about the marketplace is that we do our products, we tell people about them, and if they like them, we get to come to work tomorrow. It’s not like that in enterprise… the people who make those decisions are sometimes confused.’

This seems to be easy logic, but perhaps Jobs is a bit misleading in his statement about only “kinda” seeing Android as competition.  However, Jobs makes a point of saying that Google services will remain on the iPhone in the future.

Jobs refers to an earlier statement, regarding Flash, and Apple’s decision to not support it.  He made another point of stating that Apple is simply trying to build the best product that it can.  “Right now, we have the better product.”

Read next: Steve Jobs: We shouldn't become a "nation of bloggers". Too late.