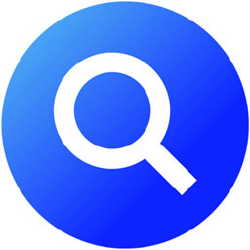 Can we all relax? We all know that rumors about Apple are more than a staple in technology, and especially the technology reporting realm. Even more, we all eat up what tech analysts say, even if it has entirely no basis in reality.

The more crazy the pronouncement from an analyst, the more likely it is to be written up in the blogosphere. If you can put “billions,” “explode,” “niche market going mainstream,” or anything else akin to that in your story’s headline, it’s going to do well. Analysts provide the fodder, and bloggers light the fire.

This is especially true with Apple, given the company’s massive popularity among the technologically elite. Whenever an analyst drops a tidbit on Apple, what you would call making something up, if it’s big, everyone wants to cover it. So here we are, with people talking about Apple creating a search engine. Not that the Apple couldn’t, but realistically speaking they won’t. Let’s work through the rumors and figure out what is going on here.

What People Are Saying

Coming from “top Apple analyst Gene Munster of Piper Jaffray” we now know that he thinks that “the odds of Apple developing a search engine in the next five years are 70%. One hurdle for Apple in developing its own search engine would be generating enough advertiser interest to form a competitive marketplace; however, we believe the rationale for an Apple search product is to protect data rather than generate profit.”

So reports our friend over at Business Insider. As an aside, this is not a critique of them at all, more the system of Apple over-hype we all have to deal with.

Analyst Gene Munster has decided that he is inclined to think that some point in the next twenty quarters of Apple’s future they might enter into the world of search. Think about what that means. He actually said nothing at all. He repeated a common muse among techies: “Apple is the only big player not in search it seems, perhaps they will get into that market, I wonder what that would look like” and spun it hard.

Of course, he did not spin it hard enough to make himself accountable for anything. In the next five years? His report will be forgotten in five days, after his halo of traffic and pingbacks fades. Zero accountability.

The end of the above quote, however, is the best part. The “rationale” is to “protect data” instead of working on “generat[ing] profit.” Oh really? Apple is going to dump billions to either acquire or build their way into the cut-throat search engine market, to not make a dollar? Like hell.

Why does this analyst think that? Apple has data from the app store, so they can build a better mobile search engine? This is classic myopia. The app store is very popular, but that has little to do with creating a mobile search engine. Google was the best on mobile before Android even came out, let alone before it was populated with any good applications. And what data would they use?

So What About That Search Engine?

Not going to happen. Apple of course already takes part in search, ever heard of spotlight? Look at the direction of Apple, how many mass market consumer web services do they run that are divorced from the core Mac experience? That alone should give you a hint.

Also, Apple has search all over its devices, decent search at that, without getting into full web search. They have no need to. Munster’s point on the app store has a vague truth to it: Apple does need to have good search for its tens of thousands of applications. Problem is, they already do.

Apple creates powerfully curated, closed applications and devices with services that are closely tied into them. Creating a search engine just does not fit that mold.

Fellow author Michael Klurfeld has a saying, an analyst is just a well paid blogger. And they know how to work it, to use the expression. They report for effect, because relevancy and buzz is currency in their industry. Don’t feed the troll or the analyst who is inventing rumor for their own gain.

As a short side note, this is what I am talking about.

Read next: Google Maps In The Real World