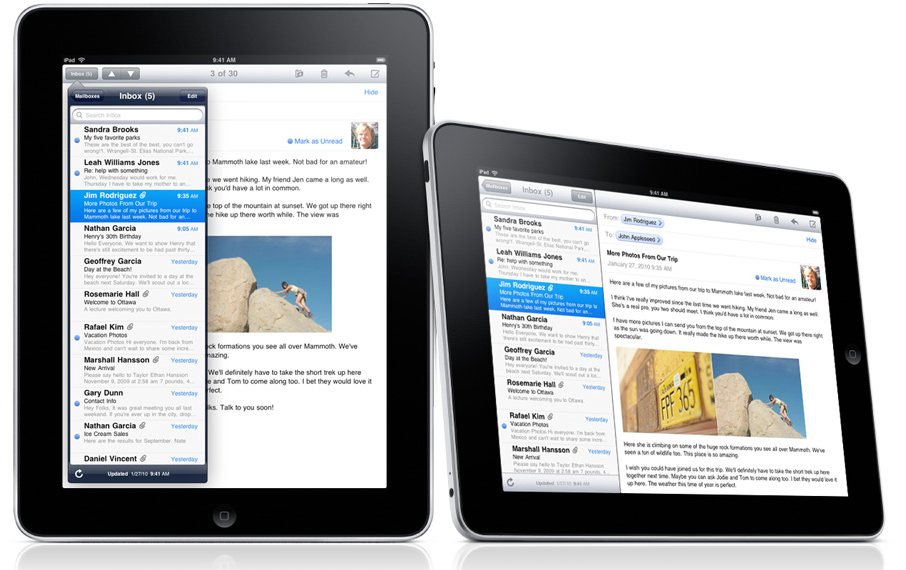 According to the Examiner and “an Apple Store manager in Southern California,” Apple stores will be getting iPads on March 10th for training. When can you get one? The most likely date according to the same sources is March 26th.

Want the bad news? Remember when Jobs said that the 3G models were coming later? He meant it, they will not be shipping until April, or even May. Who else wants to bet that that delay punches a hole in the iPad’s first day sales?

Perhaps in anticipation of this, Apple might be offering special gifts to people who camp out before the first launch date. Give the Apple buzz team another cookie. By doing this, even if first day sales are not spectacular, Apple will get one hundred press bits on “people camping out to get the new iPad!”

The last rumor is no how Apple will be marketing the device. What will be promoted most heavily? Its e-reader capabilities. I know that sounds surprising as Jobs did say that “people don’t read anymore,” but perhaps he was seen the light. Or read the sales numbers from the Kindle.

For the first round of iPad rumors of March, this is a doozy set. What else have you heard? Will you wait for a 3G device, or will the WiFi model do?

For reference, here is the pricing for the various iPad models:

All images via Apple.com, thanks Steve! Via 9to5Mac.

Read next: Daily Show And Colbert Report To Leave Hulu, Others To Follow?