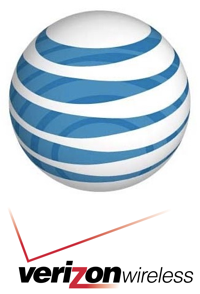 Fox News is reporting that there there will be two distinct hardware versions of Apple’s upcoming tablet: One built for CDMA networks (Verizon), and one built for GSM (AT&T).

There has always been a major point of contention between the masses of Verizon Wireless subscribers — estimated to be in the 70 Million range — and Apple, because many of those users have wanted to use iPhones in the past, but were reluctant to leave their network.

Now, according to Fox News, there may not be a question of which major network gets the tablet, because Apple will just build for both.

Fox is claiming that this information comes from not one, but two sources; one from AT&T and one from Verizon. They state that Apple is in talks, right now, with both companies, and they go on to state that not only is Apple building two versions of the tablet, but that they’re in talks with Verizon to bring the iPhone to their network sometime later this year. They say that it’s all “hush-hush” and that “specifics haven’t been finalized.”

Fox News is well-known for its somewhat comical approach to fair and balanced reporting, and has had its facts — as well as sources — called into question more times than I care to attempt counting. At first glance, this story seems like a far-cry from reality.

Setting aside any bias toward the network itself, the idea of Apple selling two hardware versions of the device isn’t completely outlandish. The marginal cost of manufacturing CDMA tablets for Verizon customers to gobble up would seem like peanuts compared to the sales-figures that could result. The issue of CDMA tablets is also a relatively encapsulated one, since it pretty much only affects the American market — an albeit large but isolated group.

AT&T, despite the veritable hell it’s been through trying to manage the only network selling the iPhone, would never say they regret carrying the device because of the sheer amount of customers it’s drawn in. It’s widely known that Verizon has always wanted a piece of that success.

All in all, I’m personally disinclined to believe something as dramatic as two hardware versions, based solely on the “sources” of Fox News, when they could easily be a couple of low-level, disgruntled customer service reps looking to make a quick buck. On the other hand, if Apple really did want to go that far, the money is likely there for the taking — Verizon has a lot of subscribers, after all.