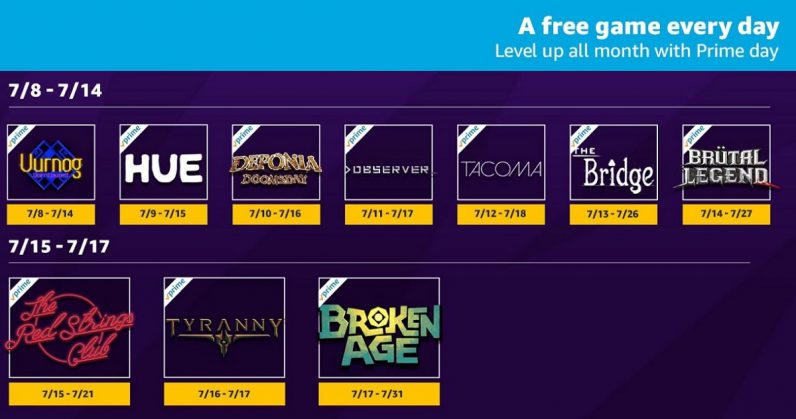 Bezos’s baby has been making more of a push into the gaming industry in the last year or so. It’s making more games, for starters. While its summer release Crucible came with almost no fanfare and its upcoming MMO New World has been pushed back to next year, it’s definitely hungry for some more of the gaming market. And there’s of course Twitch, which has become even more essential to the gaming community recently, especially after the fall of Mixer.

So it’s not a surprise to see Amazon rebranding the service to put emphasis on the “gaming” part of it. What started as just some bonus extras on Twitch is now a full-on goodie bag of free games and in-game loot. Larry Plotnick, general manager of what’s now Prime Gaming, said in a press release, “We’re giving customers new content that makes playing their favorite games on every platform even better.”

Though the name is changing, the service will remain essentially the same: namely, you’ll get a free monthly subscription to the streamer of your choice, free games, and exclusive in-game content. So don’t worry about potentially losing the library of games you’ve collected thus far.

Prime Gaming — nee Twitch Prime — is one of gaming’s more underrated services. All you have to have is Amazon Prime, which many of us do anyway, and you get loads of free games and stuff. The service isn’t as flashy as the likes of the Epic Games Store, meaning you’re not likely to see a game like GTA V offered there, but you can still grab some excellent ones. Not to mention you get to support a streamer with a monthly subscription at no extra cost, which is great if you have a friend who streams and you don’t have a lot of extra cash lying around. I think it’s somewhat slept-on because I rarely hear people talk about how great it is, but it is honestly a pretty great service.

Read next: A beginner's guide to AI: The difference between video game AI and real AI