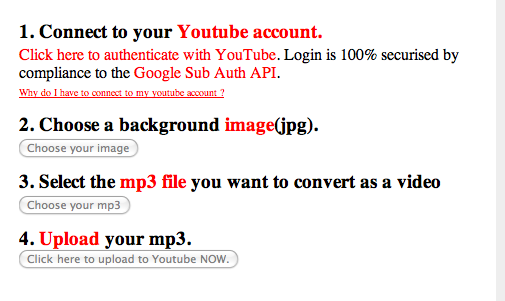 txteagle engages the world’s next billion consumers via the most widespread technology in emerging markets: the mobile phone. It recently raised $8.5 million from a consortium of investors led by Spark Capital. TNW Africa speaks to the company’s co-founder, Nathan Eagle.

txteagle uses the concept of crowdsourcing to aggregate consumer insights about people in emerging economies. The company currently has partnerships with over 220 phone carriers in more than 80 countries, providing direct access to 2.1 billion consumers. Its client Rolodex includes several major brands as well as the United Nations.

Founded in 2009, most of the groundwork and initial research behind the company’s business model originated in Kenya. The company was founded when Nathan Eagle, the company’s co-founder and a former research faculty member at the MIT Media Lab, was working with mobile phone operators and launching Entrepreneurial Programming and Research on Mobile (EPROM) programs in African countries to teach mobile phone programming within computer science departments.

One of the program’s deployments was an app that enabled nurses in rural Kenya to text in blood supply levels at local hospitals in real-time. Though the application was a success during its first week of deployment, in subsequent weeks the incoming data dwindled considerably as the rural nurses became increasingly unwilling to cover the costs of sending these text messages. Eagle modified the system by compensating the nurses with airtime. The success of using airtime as a compensation mechanism inspired him to co-found txteagle.

According to Eagle, the company was able to expand its geographic footprint to over 80 countries beyond Kenya so quickly because of the strong value proposition it provides mobile phone operators. “We fundamentally represent a unique stream of revenue for mobile operators,” Eagle told TNW Africa. “Mobile operators in emerging markets have the problem that Average Revenue per User (ARPU) is plummeting across board.”

txteagle’s model works because the company is able to purchase airtime from mobile operators when global clients like the United Nations use their service, thus enabling mobile operators increase their revenue streams. This airtime is then used to compensate mobile subscribers in emerging economies for filling in surveys, providing data or even purchasing a product. “That value proposition really resonates with mobile operators and in many instances they approach us to integrate our airtime incentive platform into their back-end billing systems,” Eagle said.

As the service rapidly scaled across cultures and continents, the company found itself having to radically change its operational model to suit different environments. “Things that work great in Pakistan don’t work at all in the Philippines. The engagement techniques that we use right now in Bangladesh are so successful that we had to turn the service off there, and yet those techniques don’t seem to be particularly effective in much of the Caribbean,” he said. The company’s experience highlights the need for global businesses to adapt technologies to suit local contexts and norms. “One of our biggest lessons learnt is that it is critical to treat every region independently, as what works in one country might be a total failure in a neighboring country,” he said.

The company’s mobile airtime incentive platform is now being used by several major global brands to discover and engage their ‘next billion’ consumers.

txteagle intends to use its recent $8.5 million Series A funding to expand its product offerings and increase its footprint in emerging markets. “Although today the majority of our revenue comes from market research surveys, this year we’ll be placing a major emphasis on growing our performance advertising and couponing platforms,” Eagle told TNW Africa. “I’d like to have us operating in over 100 countries by the end of this year,” he said.

The company appears set to be a prominent market leader in the growing emerging markets advertising space.

Read next: Taking Conference Networking to the Next Level