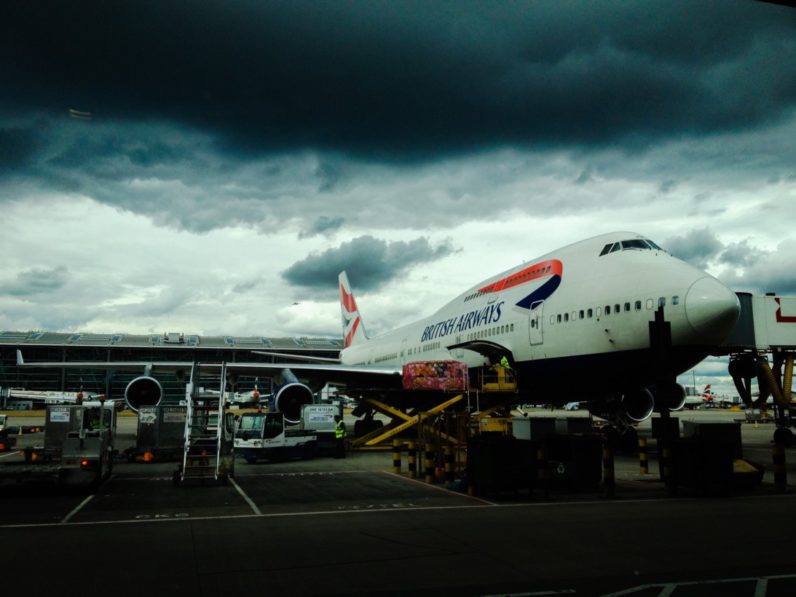 There’s travel chaos this bank holiday weekend, after British Airways canceled hundreds of flights as a result of a major IT systems outage.

The issue, which the airline has described as a “major IT system failure” and a “global system outage, has caused “severe disruption” to British Airways’ worldwide operations. Passengers are unable to check in, and parts of the British Airways website is down.

Hundreds of passengers are also sat on the tarmac, as outbound aircraft are unable to vacate gates.

The airline has suspended all flights from Heathrow and Gatwick until 18:00 BST today.

It’s not immediately clear what is the cause of the outage. Several passengers have reported hearing that the issue is due to a “cyber attack.”

BA staff just told us his could be a big cyber attack 'everything is down' she said #britishairways. It's a mess here at @HeathrowAirport

According to Sky News, the airline has denied this, saying that there’s “no evidence that it’s a cyber attack”.

On its official Twitter page, the airline apologized for the disruption, and promised to resolve the issue as quickly as possible.

We apologise for the current IT systems outage. We are working to resolve the problem as quickly as possible.

Angry passengers have also taken to Twitter, in order to complain about delays and cancellations to their flights, and issues with checking-in.

Radical and disruptive new BA strategy: a Brooklyn-style "back to paper" with no phones or check-in systems working at Heathrow. pic.twitter.com/FO8JFpynuk

BA flight cancelled. Am devastated not to make it to the Edinburgh Marathon that I've trained all year for! @British_Airways #Heathrow

Dear @British_Airways, perhaps it's time to reinvest all that money you aren't spending on tea and sandwiches on technology #sleeplessinkiev

@British_Airways please can you tell me if you have any news on the BA474 to barcelona? Cruise wont wait?😡

A similar computer outage with American airline Delta’s systems caused chaos last August, with tens of thousands of passengers stranded. Delta eventually made things right with their passengers. It remains to see what British Airways will do for those passengers that have had their vacations and travel plans disrupted.

UPDATE: BA flights from Gatwick and Heathrow have been canceled for the rest of today.

British Airways cancels all flights from Heathrow and Gatwick for the rest of Saturday after computer failure https://t.co/DfPOb7TVKx

Read next: Zoolz offers 1TB of cloud storage for life - for under $30