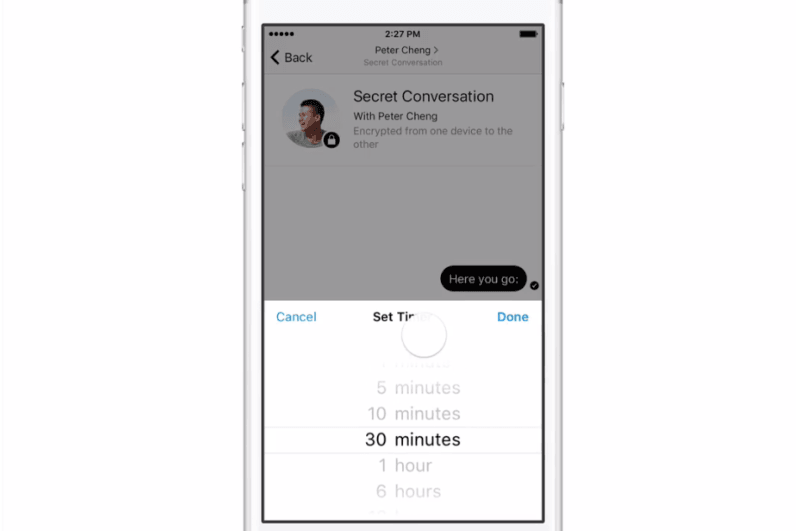 Facebook Messenger’s David Marcus today announced that the platform will be testing a new feature that lets you set a timer for your conversations to disappear.

The feature, called “Secret Conversations,” promises to encrypt messages end-to-end from both the sender and the recipient. Users can set a timer for how long they want the messages to exist between the two parties, and will disappear completely afterward.

Marcus says the feature will roll out as an optional setting for conversations that are highly sensitive, such as sharing Social Security Numbers or other confidential information over the platform. We’re not exactly sure why you’d send your SSN over Messenger, but if you’re so inclined, now you can… safely do so?

“To be clear, your existing “regular” messages and calls on Messenger already benefit from strong security systems as Messenger uses secure communications channels — just like banking services — all around. But we’re rolling out this additional capability as an option for the most sensitive conversations you might need to have,” Marcus wrote.

Should the feature work out, Marcus anticipates a wider rollout later this summer. For more information on Secret Conversations, here’s a Facebook report detailing the technicalities.