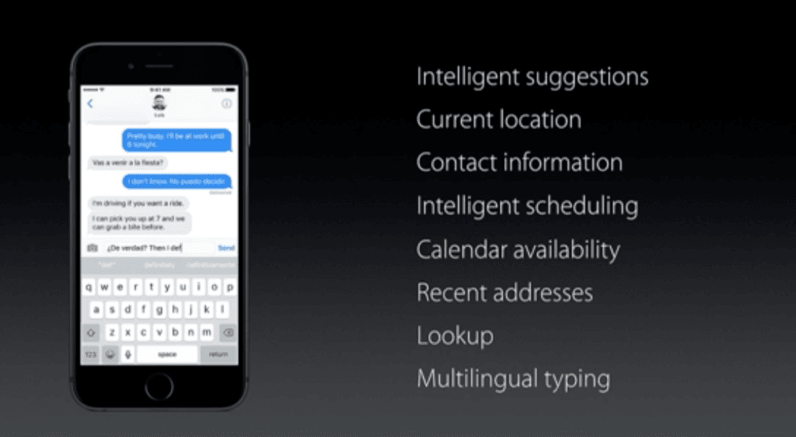 Siri is now available for developers so any app can be launched or used via voice.

An example: you can say something like ‘send a Messenger message to Jordan that I’ll be late for dinner.’ Siri would know (if Facebook made Siri available for Messenger, o course) that you wanted to send that message via your favorite chat app rather than try to send a iMessage.

Similarly, Siri can help you buy things like movie tickets, or — well, just about anything.

It’s something that is just opening up for developers, so don’t try to get crafty with Siri just yet. It’s also something that’s coming in iOS 10 later this year, so it’s still early days.

But it’ll be a nice feature, especially for those who like to multitask while driving (yeah, I’m talking to you).