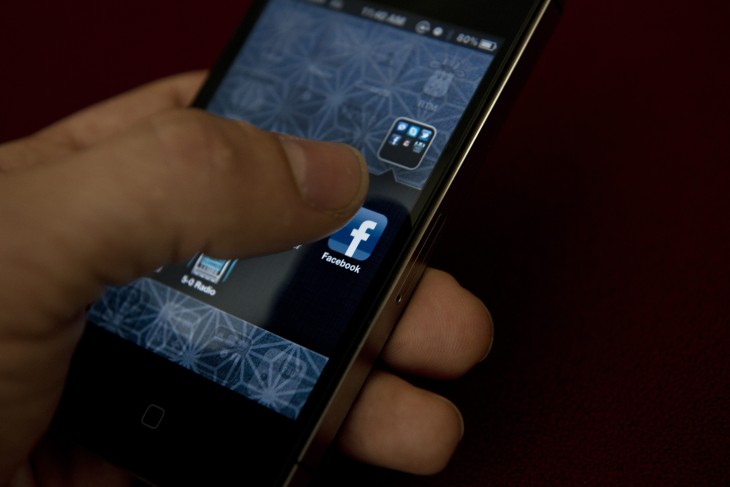 Facebook is continuing to see more mobile usage of the social network. In its fourth quarter earnings report, the company shared that it has 680 million mobile active users, up 57 percent year over year. This number is even more important because its also the first time Facebook has seen more mobile users than desktop users. This quarter, Facebook has seen its total advertising revenue increase 41 percent year over year and worth $305 million.

In Q3 2012, Facebook’s mobile advertising revenue made up 14 percent of its total revenue. This quarter, it was 23 percent. In its Q3 10-Q filing, the social network stated:

To paint a bigger picture, Facebook made $1.585 billion in revenue in the fourth quarter, an increase of 40 percent from the year prior. The majority of it came from advertising constituting $1.33 billion, or 84 percent of total revenue. The company says that the ad revenue this quarter is a 41 percent increase from the same quarter last year — it would have been 43 percent if Facebook excluded the impact of year-over-year changes in foreign exchange rates.

Analysts believed that today’s earnings were going to be impressive due to improved monetization of its mobile ads. They predicted that Facebook’s mobile business will grow by more than 75 percent from Q3 and would make up 26 percent of total ad revenue.

The fourth quarter was marked with lots of activity designed to support Facebook’s mobile advertising efforts. In October, it launched its mobile app install ads platform which it stated receives a 50% higher click-through rate and 8-10x reach from its early users. Earlier this month, a Kenshoo Social study said that mobile accounted for 20 percent of Facebook ad spend.

Aside from the ads, the social network has made some updates to its applications to help make the mobile experience better. For those with Android devices, the company rebuilt its Facebook for Android app to deliver a stable and faster performance. It also opened up Facebook Messenger to anyone with a phone number.