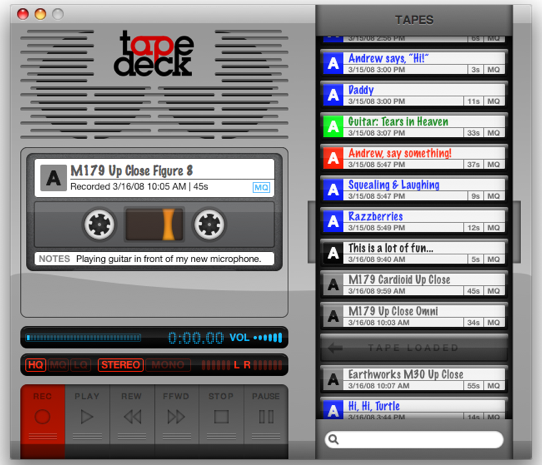 Yesterday I spoke with the team behind Convore who are announcing the launch of their Y Combinator funded website today. Convore is a real-time group chat service. There are three people in the founding team, Eric Florenzano, Eric Maguire, and Leah Culver. Florenzano and Maguire both worked at Mochi Media and Culver was co founder of Pownce (along with Keving Rose, co-founder of Digg).

Florenzano told me that Convore was inspired by Facebook Groups, Yahoo Groups, Friend Feed Groups and Twitter. He said that these services were good, but “not one has the ingredients quiet right”.

Convore is really simple, it focuses on group chat and does that exceptionally well. The new user is asked to register (email and password) or use Facebook Connect. Then you are directed to the Discover page. This page contains a list of your Friends Groups or Popular Public Groups.

You can either decide to become a member of a ‘public group’ or create your own group. After you click on a group to join, you are presented with a list of topics that people have created, and once you like the sound of a topic, you enter the conversation.

Popular posts are awarded stars and the conversations all happens in real time. If you create a group you are then the admin of that group, there aren’t that many moderator tools for groups just yet but Culver told me that this is something that they are working on already.

The concept of Convore feels very much like a chat room to me, and Culver agreed, she said “We are not creating anything vastly new, we are making it simple for people to talk to each other again”.

Maguire went on to explain what that meant:

“Facebook allows you to create content (upload a photos) and people converse with comments. We want to bring comments back into the spot light. We feel that comments and the conversation around them is the most important thing. We think that the comments underneath are first class citizen.”

Culver then went on to give me a popular use-case for Convore:

“The new batch of YC are using Convore to talk to speakers. Often when speakers are on stage they do not have time to answer all the questions that people want to ask. People post their questions [real time] in the Convore YC group. The speaker in his own time replies to the questions. It’s great for conferences, being able to provide a back channel. In the past people have been using IRC and Twitter hastag, but they are not as easy to use as this.”

I asked them if I could become a member of the YC group, and they laughed and told me to apply, and the admin would decide. Somehow I don’t think they would want a reporter in there. This lead Florenzano to make a really interesting point:

“As social networks have evolved into something public people have changed what they talk about. people have become politically correct, not saying what is really on their mind, becoming more professional. One thing that this is bringing back is the ability of talking candidly in private groups. People speak so openly in the YC group. You can now go back to saying anything.”

The trio say that the “say anything aspect sets it apart from all the other social networks.”

Another nifty trick that Convore does it that if you leave a topic it remembers how far you have read, so when you go back into that topic it takes you to where you were, which will save people from scrolling up and down and save time.

Culver told me that Paul Buchheit (YC Partner and Friend Feed Founder) has been advising them on the product, which could explain some of the FriendFeed like elements. She also added that they are focusing on building a mobile friendly version soon.

The idea to make the internet simple and give us back a little of our privacy is very appealing to me personally . However according to Mark Zuckerberg, people don’t care much about their privacy. I feel that this service will become invaluable for groups such as the Y Combinator group and other businesses but I am not sure random fan groups (that are not too fussy about privacy) will transfer over from Facebook Fanpages and alike.

It’s closest direct competitors would be 37 signals‘s Campfire which is a paid conversation tool, and TinyChat.