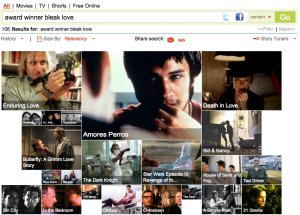 Apple has announced that it is striving to make the camera better, with faster access. The volume button will now double as a quick-access point to the camera app. It’s also introducing a lock screen shortcut to camera, meaning that even if the user has a passcode set, they can go straight to the camera. It’s not clear whether there will be an option to switch this feature off, as the whole point of a passcode is to stop other people using the device if it leaves the owner’s possession.

The iPhone 4 is regarded as having one the best mobile phone cameras, and it’s almost as common among Flickr users as the Nikon D90.

Other camera developments with iOS 5 will see the launch of built-in photo-editing within the camera app, red eye reduction and you will be able to ‘pinch’ to zoom. And if you hold your finger over part of the scene, it’ll set the auto focus and exposure to lock.

For a complete run-down of today’s announcements, see our post: Everything you need to know from WWDC 2011 in one handy list.