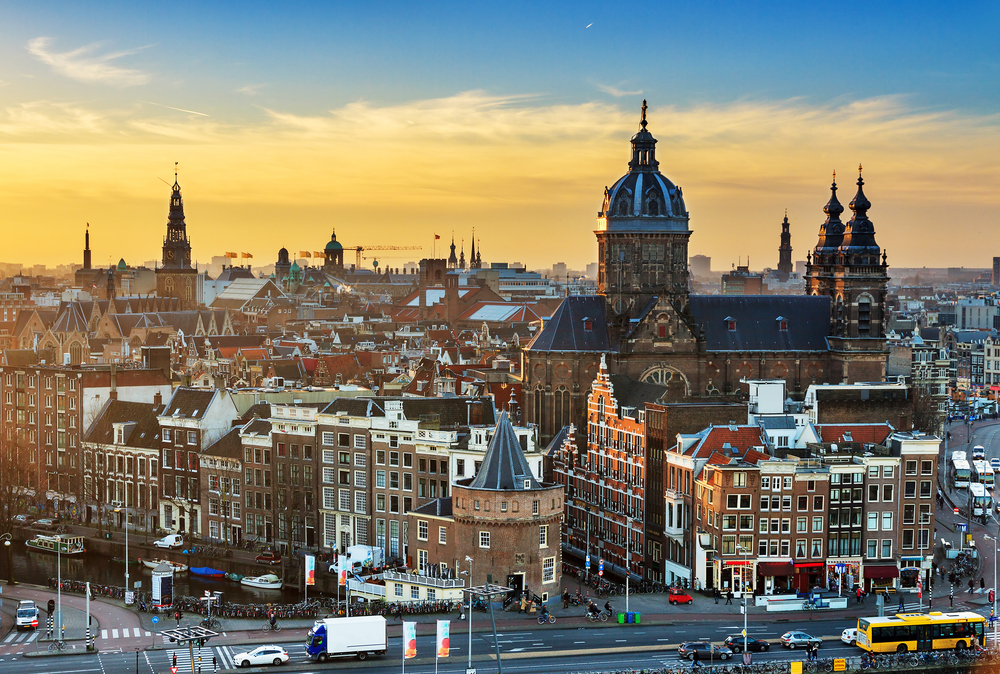 A couple of months ago our CEO Boris was interviewed by Tech City News, an UK publisher, to talk about why Amsterdam and The Netherlands became such a hype place for startups.

The topic has been explored a number of times, as cities in Europe furiously compete for the title of tech capital of the continent. While London and Berlin are considered top of the pile, when companies like Tesla, Uber and Netflix decided to base their European operations in Amsterdam, things changed.

There are many reasons why the Dutch city is attractive for business. There is a whole raft of insightful articles outlining  the environmental, political and even historical conditions that sparkled such a tech driven scene in the country and specially in the capital.

The city has been labelled Europe’s West Coast startup capital and Forbes went so far to say Amsterdam is a genuine alternative to Silicon Valley.
This superlatives have come about thanks to initiatives like StartupDelta, an important program that stimulates the startup environment in the city and connects companies with investor and talents.

The “Start-up Visa” is also a big facilitator to bring startups to the city. It is a new type of visa that allows entrepreneurs to apply for a one year resident permit to develop their ideas in the country.

Another great initiative is StartupAmsterdam – a public/private scheme that joined forces with the government to improve the benefits and incentives for startups to come to Amsterdam – with the aim of catapulting the city into the top three startups hubs in Europe.

While big multi-nationals have been lured to the city, there’s an ever-growing list of home-grown startups to emerge including Booking.com, TomTom and of course, The Next Web that help the city attract investment and professionals from all over the world.

The Next Web itself has more than 20 different nationalities – most of which now call Amsterdam home.

But what does the city have to offer  all these immigrants and internal migrants moving to the city? We asked around the office what people thought about living in the Venice of the North.

“Rent in Amsterdam isn’t cheap, it takes up a lot of your paycheck. But you can do a lot with what is left. You can buy so much more with your money and if you decide to stay for good, the government helps you out with the costs of buying a property, for example. That makes the choice of staying a lot easier.”

“As a “digital nomad”, I love that Amsterdam is a relatively affordable international city with lots of history and culture. I’m not a fan of all of the bureaucracy (who is?) and having to pay for public libraries/museums.ousing is extortionate. However, there’s this great “don’t care” attitude here compared with elsewhere. Coming from the UK where social class and where you went to school is still a huge deal, it’s super nice and inspiring.”

Indeed housing prices in Amsterdam have been rising considerably since 2013. In 2015, prices rose 10 percent, reaching an average of $2,450 a month for a new contract. In big parts because of the startup boom – a lot of expats looking for houses and not enough properties available. That is bad news for people with a middle income, who look for rents between €700 and €1,000.

Comparing it to London however, makes Amsterdam look good. The average price of renting a one bedroom apartment in the center of Amsterdam is 40 percent cheaper than renting the same apartment in London and the local purchasing power is almost 31 percent higher here. When compared to Berlin on the other hand, the city looks expensive since the german capital has cheaper rents, restaurants, transportation, leisure, utilities and groceries.

“It’s that it’s an international city. You can go everywhere and you can also get a job without knowing Dutch. With all the international companies, it gets easier. Of course if you want to be 100 percent integrated, Dutch it’s mandatory. But being accepted without knowing the language it’s a big advantage for a smooth start.”

“With an exception to the centre, the surrounding area of Amsterdam has a balance of relaxing greenery and busy people and seriously, everyone speaks English, and is willing to help you with directions.”

The official language is Dutch, but english is a big part of Amsterdam. The Dutch rank second in the world in english proficiency (among non-native english speaking countries). That is a big factor to attract a workforce, as the barriers to entry are significantly lower than some other cities.   On top of that, with 2700 international companies based in the city, finding an English speaking job is easier.

Another positive sign for anyone looking to call Amsterdam home is the city – and the country – have a huge shortage of skilled migrants (also called ‘knowledge workers). Anyone with a skillset in demand can apply for faster immigration and even get access to a tax benefit commonly know as “30 percent ruling“.

In general, the employment rate (15-64 year-olds) in the Netherlands is – nine percent higher than the average for all OECD countries.

Even if you are not looking for a job at first, Amsterdam is also very welcoming for international students – the proportion of graduates from bachelor’s or equivalent programmes is relatively high compared to other OECD countries and partner economies.

And yes, the city is very international having more than 180 nationalities co-existing.

“Liberal thinking, multiculturalism, the architecture and bike culture all stand out to me as a plus of living here. You could walk the streets every day and still find something new. The music and art scenes are very much alive here which are very important to me.”

City diversity, LGBT rights and a liberal approach towards subjects like drugs and prostitution are the most praised advantages when compared to other cosmopolitan cities.

The Dutch Constitution forbids discrimination towards a person’s race, ethnicity, beliefs and sexual preferences. Amsterdam has anti-discrimination offices, complaint schemes to help victims and their own conduct code for authority staff.

The Netherlands was the first country in the world to legalize same-sex marriage in 2001 and the government advocates strongly against any type of sexual discrimination on the grounds of employment, housing, public accommodations, and more (forbidden by the Equal Rights Law enacted in 1993). If you are a homosexual immigrant coming with your partner, the visa process is simple and non-bureaucratic.

When it comes to drugs, the sale of soft drugs (cannabis products and others) is tolerated in The Netherlands under certain conditions – limited amount, consuming in controlled environment (the well-known coffee shops) and no alcohol can be sold with it. This might not be a pro factor for everyone, but the reasons behind it are.

The Dutch drug law is based on the idea that every individual is responsible for their health choices and the matter is treated as a health issue. It is important to remember that production, trading and stocking any type of drugs is still a crime like in any other country.

Another interesting fact about Amsterdam is that it is a secular city. More than 60 percent of the adult population has no affiliation with any church, religion or ideological movement. The predominant religion is Christianity, but you can find Hindu temples, mosques, Buddhist temples, synagogues and Spiritism centers.

Tolerance and diversity can be seen in old Christian churches thanks to a number of clubs, dance schools, co-working spaces, universities and cultural spaces that use Church grounds. There’s also a number of former churches that have been converted into mosques to account for the thriving Muslim community.

“I personally love the bike culture of Amsterdam.Come rain or shine you spend some time outside. And of course sooo many hipster places to go out to eat!”

This is probably the most obvious asset of the city. Bikes everywhere! It is also an essential part of the lifestyle. It’s the cheapest, fastest and easiest way to get from one place to another. Amsterdam was elected the most bike friendly city in the world in 2013 and 2014, loosing (technically) in 2015 to Copenhagen.

With 400 km of bicycle lanes, mostly flat terrain and not so extreme weather, it is easy to get used (and addicted) to it.

If you are not fond of cycling (or you don’t know how to), public transportation is very good, cheap and connects the entire city. Though because of the narrow streets, it can be quite slow. I think it goes without saying that having a car is the worst option – parking is super expensive and hard to find, gas prices are above average and almost no house has a garage.

“The best part is to appreciate how the words ‘work-life balance’ eventually make sense! Most places I’ve been living in have been a workaholic’s paradise: try to meet a friend in Milan before 8pm. He won’t make it, because he’ll be working!”

Less than 0.15 percent of employees work long hours. Part-time contracts are just as common as full-time and some enlightened companies have policies of unlimited vacation time (like ours).

Along with that, most companies take a keen interest in  employee well-being. Many offer flexible  working hours and working from  home is an option some days of the week.

This is especially helpful for families that want/have kids.

Compared to other OECD countries, The Netherlands performs higher in many measures of well-being.

So Amsterdam is a great place for businesses, but is it the right place for you?

Well, it rains a lot, finding a house is a hassle and the bikes can be a bit overwhelming. But if a work/life balance is important, diversity a must and you don’t mind getting to grips with trying to learn a language many find a bit strange then Amsterdam might be the next place you call home.

Read next: Gmail brings RSVPs and rich text to Android