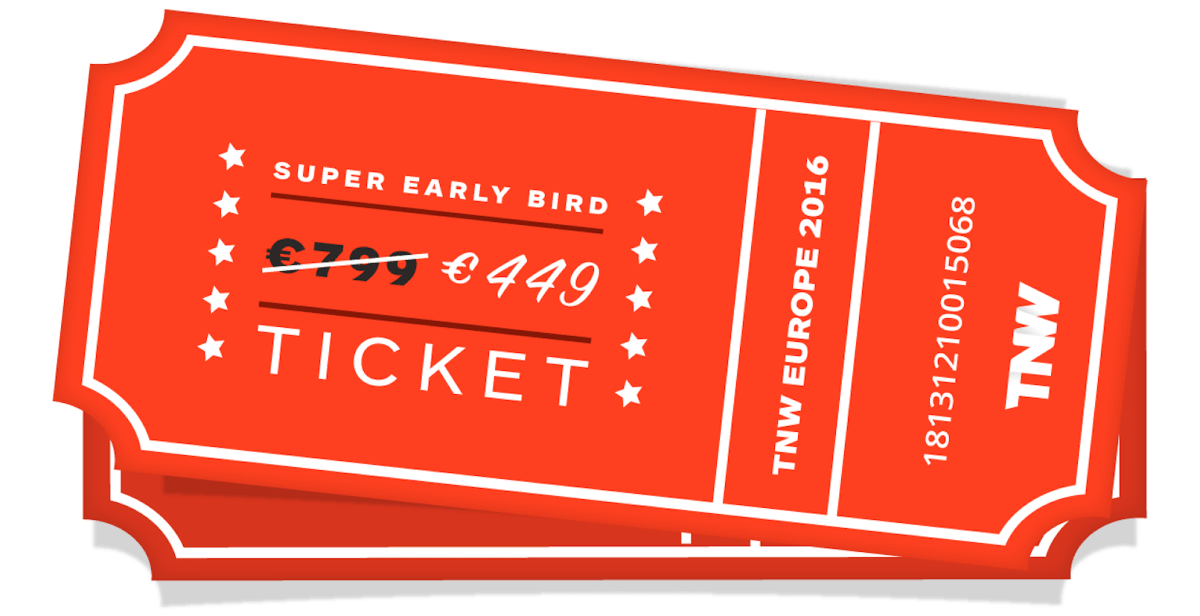 In the last 10 years of TNW events, your Super Earlybird ticket for our Flagship Amsterdam conference has never guaranteed you the sort of return on investment at point of purchase that it does this year.

Don’t get me wrong, we’ve always known that come conference week, we’ll have amassed an incredible lineup, startup and attendee list that will all make for a great event. We’ve just never kickstarted ticket sales with such an exhaustive list of hard facts and figures. That was the nature of the Super Earlybird: “put your faith in our events-organising ability now, and save some serious money compared to later.”

This year couldn’t be more different.

Our Super Earlybird ticket sales just went live this morning, but our list of speakers, stages and attendees look almost finished. The best thing? We’re only getting started.

Gary Vaynerchuk. This formidably motivational individual is not due for another European appearance at any point in 2016. This is currently a TNW exclusive.

I’m also thrilled to announce that, as of this morning, purchasing your super early bird pass will enable you to hear from the man that has helped you ‘steal’ just about everything else.

Except is it really stealing? PirateBay Co-founder Peter Sunde is intent on questioning our notions of value for digital products: his latest art project, designed to ‘cost’ the music industry $10 million a day, is testament to this. He’s previously been jailed for his unwavering beliefs, now he’ll be defending them in our line-up.

Super Early Bird conference passes have literally just gone live – but 1,500 people already purchased their tickets during a mere two hours of pre-sales. You can see who you could be rubbing shoulders with here.

The list is packed with names from across all levels and backgrounds. From top-flight Founders and the most influential man in Dutch digital [Paywall] – all the way to UX Researchers and PR Executives. Everyone has a reason for why they should be at TNW Conference.

Technically there are 14 days left to secure your conference pass and save €350 along the way, but considering almost a fifth of all available passes have already been sold today, I doubt they will last that long!

Read next: ISIS builds its own encrypted Android messaging app