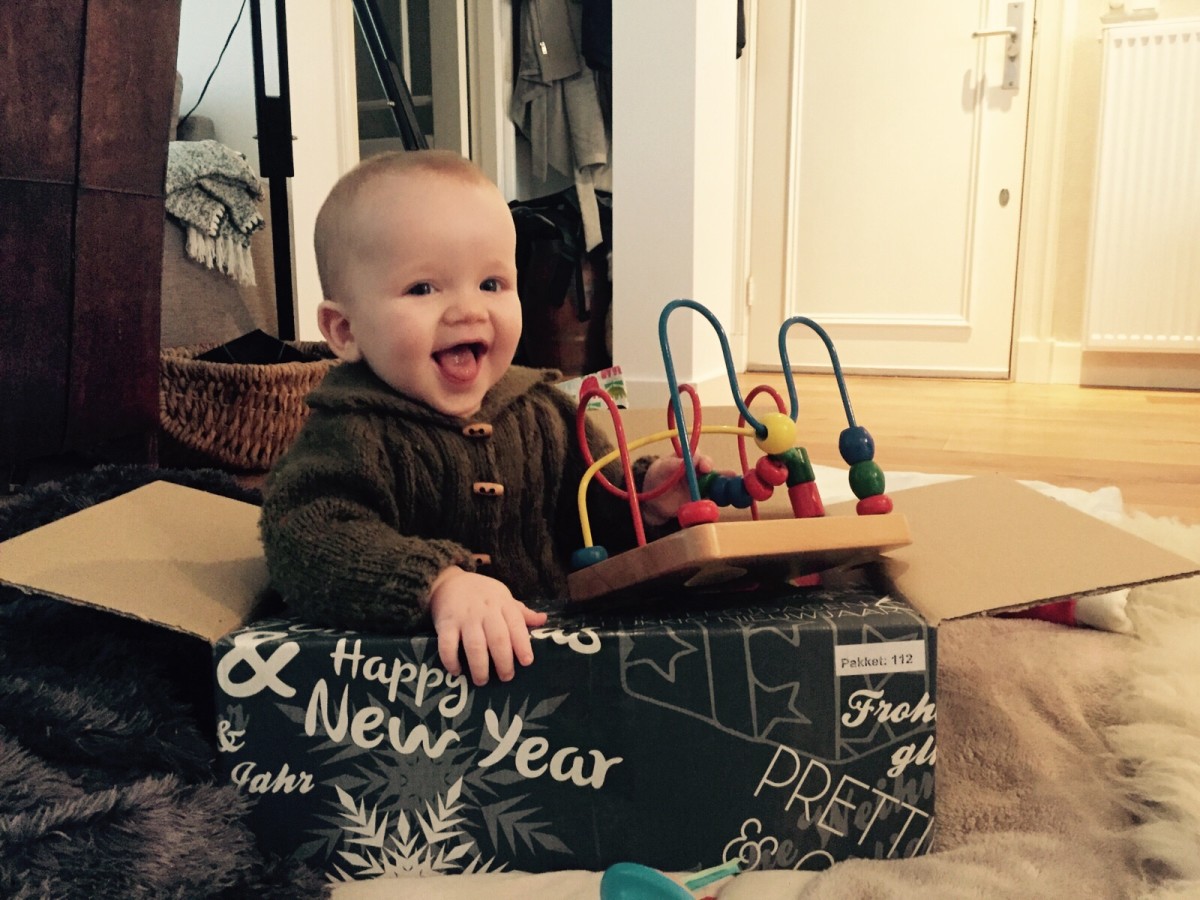 Every now and then I like to sit back, relax, think and reflect on the things that matter in life. Today is such a day. Armed with a tasty latte and a my trusty laptop I’m diving into my thoughts on 2015 and the year to come.

It was April 24, 2015, the first day of our 10th edition of TNW conference in Amsterdam. More than 4,000 people gathered in Amsterdam for what would later turn out to be our best event yet. It was also the first conference I couldn’t be there in person. Nine days earlier my amazing girlfriend Charlotte gave birth to our son Bo. Wow, what a game changer; all clichés are true.

Within 120 seconds of him being born, the doctor took Bo to check him thoroughly. He was having trouble breathing. More doctors came, more tests, but no answers. After about four hours and 12 different doctors, they decided to move Bo to a different hospital where they had better equipment to figure out what exactly was causing such low oxygen levels in his blood.

Bo was transported by ambulance to another hospital. Charlotte and I had to stay where we were as there was no room in the ambulance and Charlotte wasn’t mobile. Within an hour we got a phone call.

Bo was diagnosed with transposition of the great arteries with a further complication with his coronary arteries. He was transported to another hospital as this heart anomaly couldn’t be treated in Amsterdam.

I called TNW co-founder Boris to tell him that we had a son and he shared 40 percent of his name. I explained about Bo’s special heart and that I wouldn’t be at the office for a while. Boris understood and told me to take off as long as I needed to focus on my family (thanks B).

The next few weeks were tough, in no time I could spell every word the doctors used, knew everything about the graphs on the monitors and had seen more drugs going into Bo’s body than any normal Dutch person would consume in their entire life. We stayed in the Ronald McDonald House near the hospital and stayed with Bo as long as possible, but he was kept asleep for weeks.

Then that Thursday of the conference I told Charlotte that I would check on Bo and then go to Amsterdam to visit the conference. I decided to pay a visit and take my mind off all the misery Charlotte and I had been through. The conference is always the highlight of the year for me and I know how much time, dedication and love went into organizing the whole thing, so I was really excited to see how it turned out.

I arrived at Bo’s room and I knew something was wrong immediately, you could tell by the number of doctors around his bed. Due to his heart condition and the low oxygen levels in his blood it had effected other organs. In this case his intestines. I quickly learned that intestines are way more important than I thought, they are also known as your ‘second brain’.

This was a major setback, Bo had to be moved to another hospital immediately as they couldn’t treat his condition at this hospital. Under police escort Bo was moved to Rotterdam. We followed in the slipstream. In Rotterdam they were able to neutralize the attack on his intestines and scheduled his open heart surgery two weeks later.

The day before the big surgery the nurse asked me if I had ever held little Bo in my hands. He’d been incubated this entire time and such I’d never had a chance to hold him. ‘Well, it might be a good idea to arrange that today, you never know what happens during such a surgery’. On May 6 my son was lying in my arms for the first time. I cried.

On May 7, Bo underwent open heart surgery at age 0.06. A team of nine professionals worked for six and a half hours to fix his heart; an amazing achievement, and when the doctor told us the surgery was successful it was the happiest moment of my life.

He took just three weeks to recover from his surgery and kick his ‘addictions’ to morphine, ketamine and methadone. Now Bo is eight months old and a perfect example of a happy baby. It’s almost like the problems with his heart, the weeks in intensive care, the scary moments where he and the doctors had to fight for his life, the surgery and the uncertainty never happened. But of course that is not the case.

We are forever grateful for the doctors that fixed his heart and the IC nurses that looked after him for six weeks, but also for the people that invented these techniques. Dr Rashkind, the brilliant American cardiologist who came up with the innovative and out-of-the-box idea to enlarge the temporary hole between the heart chambers via a balloon catheter. That procedure saves 70 babies’ lives, including Bo’s, per year in the Netherlands alone!

It is thanks to those who dare to think differently, those who see opportunity where everyone else is in despair that the world is progressing.

The common denominator of the progression, whether it is in the medical sector, the mobility, energy, food tech, space, or sustainability sector, is technology. Technology, computing power and internet connectivity are touching and reinventing all sectors nowadays and that is what makes it so exciting to be working in this field. Together we can change the world through technology and the truth is, we have to change the world if we want our children (Bo included) to live in a peaceful, beautiful and interesting world.

We need more Rashkinds, more Musks, more Jobs. Let’s celebrate progression in 2016, let’s cheer for the entrepreneurs and companies that have a positive impact on society, let’s tell their remarkable stories here at TNW.

For TNW, I foresee a bright 2016. The editorial team is amazing and is ready for a new year. I’m so proud to be part of this talented group, and I can’t wait to see the remarkable stories that they will share with you. I’m also bullish on our social presence and strategy, which is in the capable hands of Matt Navarra. The conference in Amsterdam is a must go, already an amazing speaker line up and registrations are three times bigger compared to last year. It’s looking good and I hope you have high expectations as well, because we will meet them.

The Index.co team is silently building a beautiful, reliable and super intelligent tool that is already used by thousands and is changing the way corporates, investors and researchers source, connect and track the tech scene. I hope we will see a deeper integration of Index.co with the TNW site, as this would benefit both and give startups more visibility. If you haven’t signed up yet, do so today and you’ll see what I’m talking about.

Our biggest bet on tech yet is coming to fruition this year as well, we’re opening a 6,000 meter squared workspace and tech hub in the heart of Amsterdam. This is quite an endeavour and thanks to our amazing partners our long lasting dream is finally becoming reality. Make sure to pay a visit when you’re in town.

All in all I’m super proud to be part of the TNW team and to be working in this always interesting tech sector and I’m looking forward to what 2016 will bring. Thanks for hanging in here, you made it to the end. I hope we meet at the conference, at our space in Amsterdam or another time in another place.

Read next: Report: Facebook and Google can't play nice, and users are pawns in the game