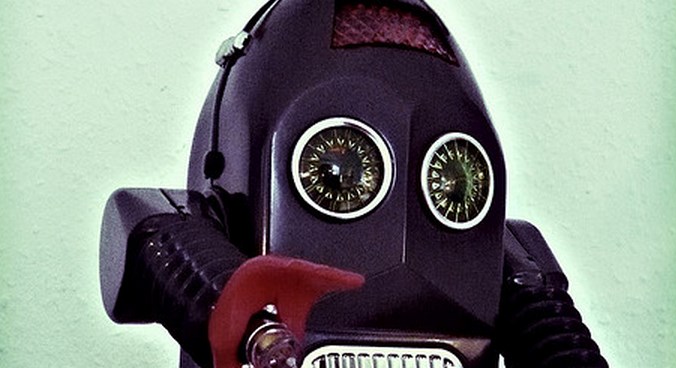 As it’s the weekend, I presume that you are more interested in small, leaping robots than deep dives into the differences in ad targeting between Google and Bing. At least I am.

That in mind, may I present the SandFlea, a small robot built by BostonDynamics. It’s diminutive  and it leaps over buildings. It’s in fact one of the coolest things I have seen in some time. According to the company, the little robot can leap roughly 25 times on a single charge. It would be interesting to know what the total height gained across 25 jumps would be for the SandFlea.

I’ll spare you a paragraph of drivel about how we are seeing a renaissance of hardware work in the technology scene, and just get to it:

BostonDynamics has in fact built a number of interesting robotic creatures. Yes, they will haunt you tonight as you sleep.

Read next: NASA may get $100 million to drag an asteroid into orbit around the Moon for research purposes