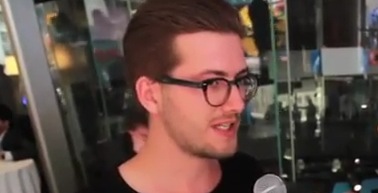 Berlin has gained a reputation as an up-and-coming city for startups over the past couple of years, and SoundCloud is leading a pack of startups offering original, stylish, consumer-focused services from the German capital.

We caught up with co-founder and CEO, Alexander Ljung at f.ounders in New York City recently to find out how things are going for the company that is fast establishing itself as the ‘YouTube for audio’. He also told us why Berlin is such a “magical” place to be based.

Read next: From Kindle Fire in Europe to Twitter 'correction' features, here’s the week’s media news in review