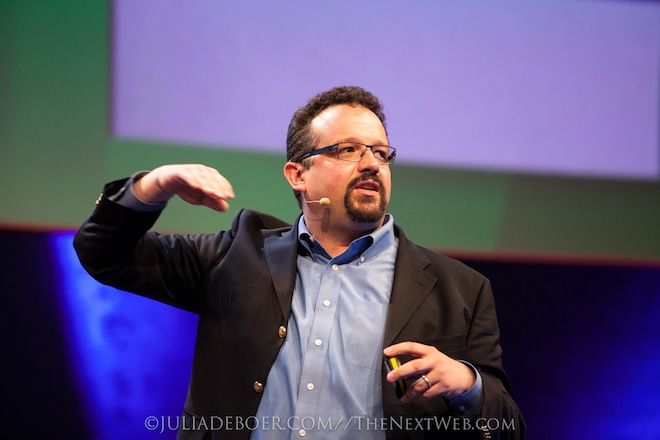 As we mentioned earlier, Evernote CEO Phil Libin gave a fantastic presentation earlier today at The Next Web Conference in Amsterdam.

After doing other companies, Libin now leads a company offering an eponymous ‘memory-enhancement’ service that has attracted nearly 30 million users to date, which means many budding entrepreneurs (I happen to hate the word ‘wantrepreneurs’) turn to him for advice on entrepreneurship and whatnot.

Surprisingly, Libin asserts that it’s probably not a good idea for them to become entrepreneurs at all – or at least not for the wrong reasons.

Below are my notes from his talk (slightly paraphrased), but you can also watch the full video above – it’s more than worth it.

I’m here to talk about entrepreneurship. I travel around quite a bit, and I’m lucky enough to be able to coach and mentor lots of entrepreneurs worldwide, and the common question I get asked is what advice I have for someone who is thinking of being an entrepreneur.

I’ve narrowed it down, really boiled it down, to one core piece of advice. If I can only say one thing, and I don’t know you any better, it’s: don’t. Don’t do it. Seriously.

There’s an infinite number of wrong reasons. The single most common one is:

A lot of people think that they want to be an entrepreneur because it’s a good way to make money. It just isn’t, that’s just wrong. Depending on how you count, 95% to 99% of companies fail.

If you think starting from scratch is a good way to get a financial return, you’re just bad a math. And you kind of need to be good at it to become an entrepreneur.

If you’re smart enough, if you’re talented enough, if you have the drive, if you have the ability, and you’re motivated by making money, then you should just get a real job instead, like become a banker or an investor or a consultant or something. You’ll be much more likely to make a lot of money over the course of your career than by starting a company.

The second most common wrong reason is:

People have this vision of being the CEO of a company they started and being on top of the pyramid. Some people are motivated by that, but that’s not at all what it’s like.

What it’s really like: everyone else is your boss – all of your employees, customers, partners, users, media are your boss. I’ve never had more bosses and needed to account for more people today.

The life of most CEOs is reporting to everyone else, at least that’s what it feels like to me and most CEOs I know. If you want to exercise power and authority over people, join the military or go into politics. Don’t be an entrepreneur.

This kind of poorly formed idea that you’re bored from work and want to do something different may be a good start, but it’s not sufficient. If you’re bored at your job, I strongly advice you to stay at your job and keep collecting your paycheck while you figure out what you want to do.

If you’re going to be entrepreneur, you will actually get some flex time to be honest. You’ll be able to work any 24 hours a day you want!

In summary: there’s lots of bad reasons to start a company. But there’s only one good, legitimate reason, and I think you know what it is: it’s to change the world.

To see the rest of Libin’s talk, I urge you to watch the video above.

Read next: Pinry is a self-hosted version of Pinterest that gives you full control of your pins