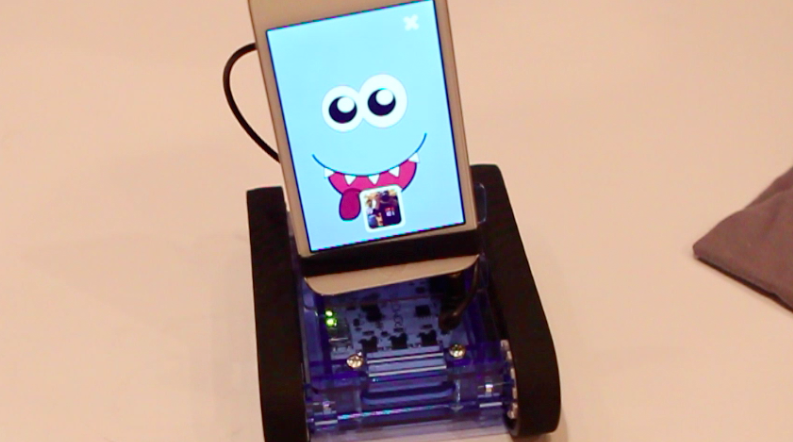 In the past few years we’ve seen a tectonic shift in the accessibility of robotics and manufacturing. Both have gotten easier to access for little companies with great ideas. Romo is just such a product, a smart and fun little robot that would never have gotten off the ground just a couple of years ago.

Romo is a small robot that is crafted by hand in an assembly line tucked into an apartment in Vegas. The guys at Romotive began their journey with a project on Kickstarter, a recurring theme with many of the small, cool projects we’ve seen at CES. They plan to make 2,000 robots in February and more in March.

It consists of a base made of plexiglass, circuit boards and tank treads. By itself, the base is inert. In order to give Romo life, you slap in a smartphone that acts as its brain.

Romo can move, emote, take pictures and beam video back to you wherever you are. But the open API means that it is capable of much more and the Romotive team is optimistic that developers will create all kinds of cool functionality for the small robot.

This kind of thing is what we love to see at CES. Obviously a project borne of sincere interest in robotics and the desire to create something cool, but also affordable and ambitious.

Read next: Finally! Shodogg is the Internet video solution consumers AND owners will love