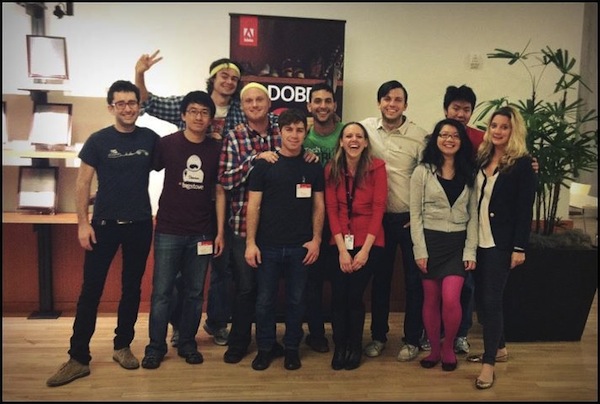 Over $15,000 dollars worth of prizes were given out to startups created at the 24-hour hackathon Angelhack this weekend. The hackathon was organized by Greg Gopman who arrived in Silicon Valley just four months ago from Miami. Gopman had the idea for a new kind of  hackathon where instead of being lumped in an unknown team, hackers were networked and ‘speed dated’ for the first few hours of the event.

Adobe sponsored the event by giving hackers access to their office space in SOMA. Over 300 people took part in the event, hacking together over 30 startups in teams from two to eight people and yours truly judged and moderated the final pitches where entrepreneurs had two minutes to pitch and one minute’s feedback from judges.

Below are some of the startups that emerged from Angelhack 2011.

D2020 – an initiative to help people learn to make games, through games.

SwingDaddy – an app giving you professional golfing advice through video

Read next: Hangout on Google+ like a pro with your own custom lower third graphic