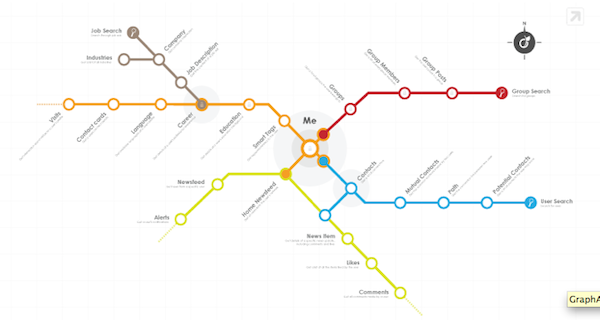 Business social network Viadeo (bigger than Linkedin in France and China) is today launching its public API to increase functionality for its 35 million members. Along side the API, the company is also launching a developer contest with $20,000 worth of prizes.

Third party developers can leverage the platform to create a personalized experience for their site visitors. Some examples of applications that can be socially enhanced are collaborative workspace tools, CRM, email clients and social aggregators to name a few. A detailed list of technology providers and the Viadeo Graph API can be found on the Viadeo developer site at: http://dev.viadeo.com.

“Viadeo is a network for doing business, and not just about finding your next job. We offer a compelling tool for entrepreneurs who are building businesses with suppliers, customers and employees in emerging markets like China,” said Dan Serfaty, CEO, Viadeo. “Now with our open API, third party developers can bring a professional social context to websites, applications and services via our globally-focused social graph.”

The API contest, with $20,000 worth of prizes starts today. Developers are invited to make their submissions online from September 6 through October 14, 2011. Submissions will be reviewed by the judging panel from October 15-20 with the winners announced on October 24. A detailed overview of the judging criteria and contest rules and requirements can be found at http://dev.viadeo.com/challenge

The contest starts today and runs through October 14. Submissions will be reviewed and the winners selected by an esteemed panel of judges including Robert Scoble and Kin Lane of Programmable Web plus your truly.

Job search site Simply Hired has already partnered with Viadeo to leverage their API for its members, Gautam Godhwani, chief executive officer, Simply Hired said: “Simply Hired is excited to partner with Viadeo to offer job seekers the ability to utilize their professional relationships in pursuit of their next job. Job seekers can now view their Viadeo connections in line with their search results on Simply Hired to effortlessly see who they are connected to at which hiring companies, giving them an inside track on a job and creating a more efficient job search experience.”

Viadeo is a sponsor of The Next Web’s video channel.

Read next: 10 different ways to use your Kindle