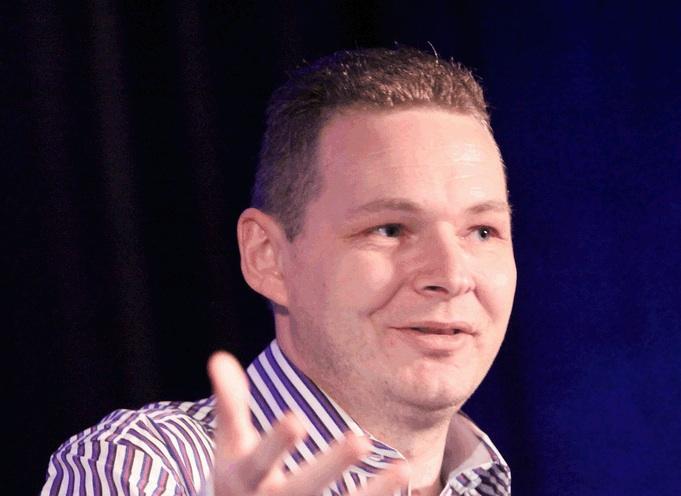 Following our announcement earlier today that DataSift has secured $6m in VC funding, The Next Web caught up with founder Nick Halstead at the company’s office in Reading, 40 miles outside of London.

DataSift is one of only two companies that are globally licensed to re-sell Twitter’s firehose of data, the other one being Gnip. That’s quite a scoop for a company that had been entirely bootstrapped, and whose home was a small, inconspicuous town an hour west of London. But this achievement is testament to the drive and vision of Halstead, who foresaw the need to manage the stream of data across the social sphere, anticipating that there was a business in social data mining.

With the company’s first round of funding now secured, Halstead gave some insights into some of the processes involved in securing VC funding. With a track record on products such as TweetMeme, this helped open the doors to DataSwift’s funding.

“Historically, I’ve done a huge amount of networking”, says Halstead. “I’ve spent a lot of time networking and meeting people in the industry. And having a brand such as TweetMeme behind me, I know that if I want to go and meet people such as Fred Wilson, they will actually answer my emails. That’s always the hardest thing for any entrepreneur is how to make that jump.”

Without the contacts, securing VC funding can be a long process. “Mark Suster, one of the DataSift investors from GRP Partners, said a really interesting thing to me”, said Halstead. “Raising money to them is an interview process. How you behave along that process, actually is part of you persuading them to make an investment. How did you reach them? How did you get your word out there? I’ve been with Mark and people have rushed up to him with an elevator pitch, just walking ’round. I don’t know if any of them work, but generally, referrals are what get you in front of investors.”

DataSift is Mark Suster’s only investment in Europe at the moment, but we could be seeing more of his dollars heading across to Europe in the future. “Now Mark’s on board as an investor in DataSift, he’ll be traveling more to the UK”, says Halstead. “And if he’s traveling all this way, he’ll want more reasons to make that trip beyond a single investment.”

Now that DataSift does have the investment on board, Halstead is looking to bolster its headcount which is currently at 18 people, to “35 people plus, pretty quickly”. And San Francisco is the likely base for the company’s second office.

With $6m extra now in DataSift’s coffers, where will it go from here, and how will it differ from the direction that TweetMeme went? “TweetMeme was great, but it was never going to become a billion dollar company”, says Halstead. “And that’s what we’re really trying to create with DataSift.”

Check out the interview with Nick Halstead here, where he discusses Fav.or.it, TweetMeme and, of course, DataSift:

Read next: Digital distribution is the future of the gaming industry, report shows