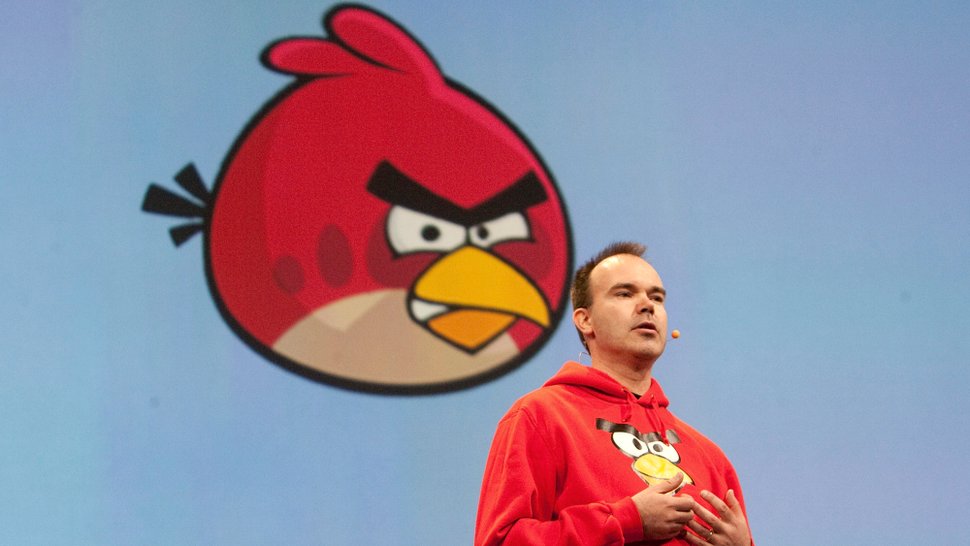 Speaking at The Inspire Conference this week was Peter Vesterbacka, the so-called Mighty Eagle of Rovio. And what does Rovio do? It’s the developer responsible for Angry Birds.

If you’ve never played Angry Birds, you’ve probably at least heard of it. It generated 50m downloads in the first 12 months after launch in December 2009. Since then, it has rocketed and has now recorded over 200m downloads. In daily download terms, the game is now notching up a cool 1m downloads each day. With a Windows Phone version of Angry Birds currently in the pipeline too, this figure can only rise.

As we recently reported, Vesterbacka was named by TIME magazine as one of the 100 most influential people in the world. That’s right – the WORLD. So he’s keeping company with digital Dalai Lamas such as Mark Zuckerberg and Julian Assange.

Throughout his on-stage questioning, Vesterbacka was open and honest from the start. After briefly discussing the forthcoming Angry Birds movie – relax, ‘forthcoming’ in this case means a few years yet – he confirmed his interest in the broader animation industry.

Vesterbacka, it seems, is determined to ensure Rovio isn’t pigeonholed as a mobile game developer. “We have much bigger goals”, he says, “we want to be a next generation entertainment business.”

So – will Rovio turn into Pixar? Vesterbacka was modest enough to say no, but it seems he’s keen to go much further down the animation route. And he may well succeed in his goal.

With $42m recently raised, Rovio is “hiring and acquiring”, as Vesterbacka puts it. He wanted more animation power and he got it – Rovio recently acquired Finnish animation studio Kombo.

So, Angry Birds is Rovio’s star attraction, but Vesterbacka and Co. are viewing the game as only a small part of the their plans for world domination. The Next Web caught up with Peter after his on-stage session, and here’s what he had to say:

Read next: You can now get viewing stats for your shared Google Docs