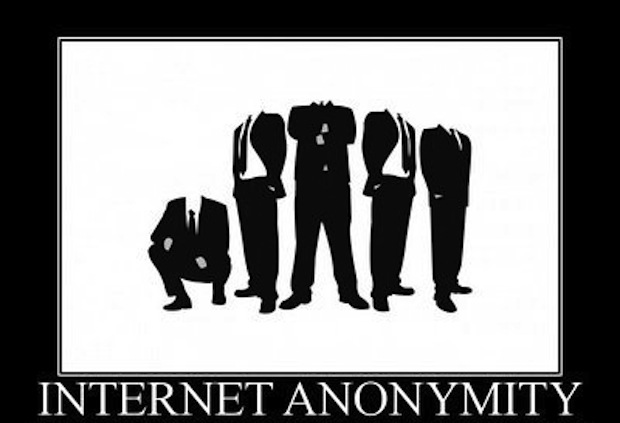 Many of the major blogs have recently adopted Facebooks Comments Box. Embedable comments that force you to use your real identify for leaving comments on blog posts. At first this seems like a step forward in Internet identity as you only have to read comments on YouTube to realize there are many people (in Internet speak, called trolls) who make it their work to leave nasty, malicious comments using a fake identity of hiding behind an avatar. As a blogger I have had  personal experience with malicious commenters who do not have the audacity to write hurtful things under their own name but think they can write what they want when their true identity is not exposed, and this makes me angry.

But malicious comments aside, sometimes actually it’s comments left under a fake identity which are usually the most insightful, truthful and make the blog post or article balanced. Especially if it’s left by someone who has inside information but cannot reveal their true identity because it would be detrimental to their work position.  Since blogs have adopted Facebook Comments I don’t find the articles as engaging to read as I don’t think people are prepared to divulge information they otherwise would if they could waiver their anonymity.

I sat down with Jordan Kretchmer, Founder & CEO of Livefyre – the commenting system we use on The Next Web – to hear his thoughts on the new Facebook Comments Box. Jordan tells me how Livefyre is trying to find a middle ground between enabling people to sign in with Twitter and Facebook and also enable them to comment anonymously. What do you think? Is the Internet built on anonymity? Or is forcing people to use their real identify a better option?