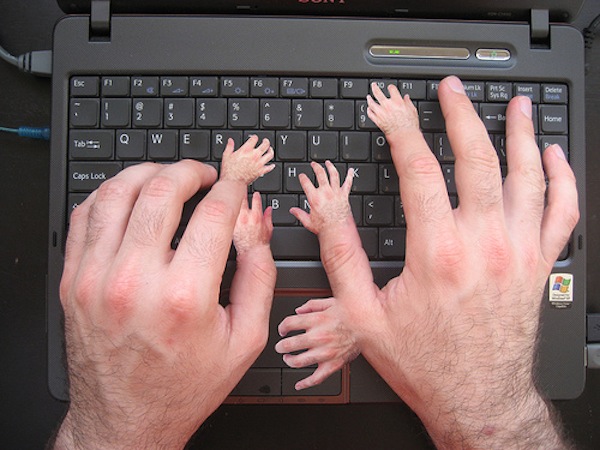 If you have chubby fingers like mine, you will have experienced the annoyance of typing on smartphone keyboards and the pressing the wrong keys turning ‘song’ into ‘dog’, making your texts incoherent (Damn You Auto Correct) and  leaving the recipient wondering if you had one too many drinks last night.

Solution? SwiftKey, the keyboard app for Android that saves you time by predicting your text is due to launch version 2 for smartphones at MWC in Barcelona. This app incorporates their second generation prediction technology, named Fluency which offers some key breakthroughs, such as the ability to capture your writing style by scanning a range of data sources, including SMS, Gmail, Facebook, Twitter and blog RSS.

SwiftKey 2 will also incorporate several new UI features, such as support for custom keyboard skins and a new machine learning algorithm that observes a user’s touch habits and adapts to them on the fly!

It’s been a great start to the year for TouchType, with SwiftKey™ named among the top three best mobile apps at January’s CES conference in Las Vegas.

The company are expected to make some exciting new announcements at Mobile World Congress in Barcelona this year including a new tablet-optimised keyboard, SwiftKey Tablet and new smartphone range developed by one of TouchType’s OEM partners.

Read next: Citizen journalism on iPhone just got more professional with the iRig. [Macworld video]