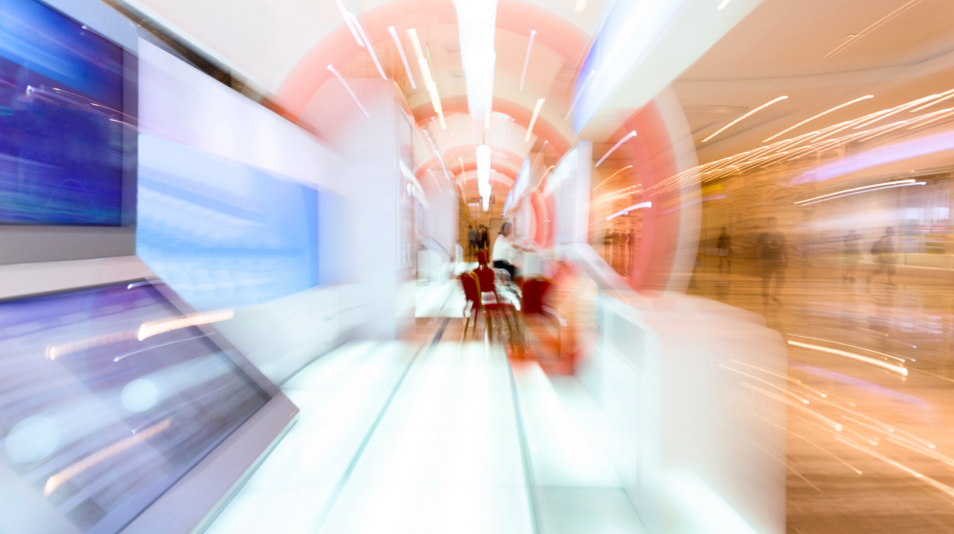 Design is coming to life in ways never seen before.

That’s according to Kharis O’Connell, the CEO and founder of HUMAN, a Vancouver-based product and design studio focused on emerging platforms. Much of the company’s work is rooted in wearable technologies, virtual reality (VR) and augmented reality (AR), where motion plays a crucial role in how we interact with technology. In fact, it will change it forever.

“Motion is absolutely critical to the design of the future,” O’Connell said.

We caught up with O’Connell by phone when he was down in San Francisco at Wearable IOT World, an accelerator and incubator where he serves as a mentor, to learn more about where UX design is heading. He said we can say goodbye to static web interfaces as things are becoming much more human. “I don’t mean that in a cliché way about my company, I mean as human beings,” he said.

Here are nine reasons why designers who aren’t already thinking about the advancement of motion in design should start looking at it as a way to enhance an interface’s personality and breathe new life into their work.

1. The world is not flat

“I think that we’ve gone through a period of obsession with flat design, for lack of a better word, kind of the antithesis of skeuomorphism,” he said, referring to the concept of creating design elements that mimic the real world.

He notes how the curling of the pages in iBook is often used as the perfect example to show how thoughtful motion in design can enhance the user’s experience over traditional design elements. It works because it’s not confrontational and is easy to understand, drawing inspiration from the natural world. “The use of things like inertia to signal a start and end point is very useful.”

Motion sounds like a big concept, but when used effectively it is subtle and natural.

“From my experience in a two-dimensional space, the challenge with motion is making it something that doesn’t feel arbitrary or distract you from the thing you’re trying to do. I think that good design is really about that nuanced use of motion. It should be used sparingly in the interfaces,” O’Connell said.

“What makes us human is imperfection,” O’Connell said. Yet he cautions that technologists and designers have been searching for reductionism and perfectionism. The style of less is more has been popularize by Apple and embraced in the western world, but O’Connell said its also rendered design “joyless.”

“In the effort to reduce, we no longer take risks in design. We don’t introduce new behaviors or new metaphors ironically for fear of standing out.” He said many designers take the safe route, favoring squares on a grid and clean modern sans fonts in designs that they know users already like. “I think there needs to be some effervescence again in design.” He believes motion is the way to do this.

4. The idea of what constitutes a screen is changing

“As we transition away slowly from desktops and mobile apps to distributed computing through wearables and Internet of Things, then motion and those kinds of behaviors will start to also move from screen-based motion to literal physical motion,” O’Connell said.

“This will be guided by the way that we build those interfaces…the coupling of the interface and the physical form will be such that they complement each other. It won’t just be a screen with a flat thing mounted on top of a physical thing; it will be that the design and the flow of that will match directly the physicality of the device you’re designing for.”

5. With motion, there’s no going back

Motion will redefine navigation and make it a more natural experience that doesn’t depend on traditional buttons such as the back button. It’s already happening in technology such as smart watches.

“There’s a way to use motion that can somewhat abstract that so you don’t need to rely on such obvious triggers and behaviors. I think it’s something that designers generally should be looking at, to move not towards skeuomorphism and turning pages necessarily, but I do think there is a need to bring life back into the interface again.”

O’Connell mentioned a sold-out conference that took place in Portland earlier this month celebrating the old web and early Geocities pages. “What they’re celebrating essentially is less about the actual styles and graphics, and more that websites were move alive then,” O’Connell said. “They were more of an example of an individual’s thinking than a groupthink.”

While most sites then were pretty terrible from a design perspective, but you can’t argue that they were memorable. The sites with crazy flames at the top, the wobbling logos, they brought personality to technology and jumped from the screen in a way that resonated with users.

O’Connell sees motion as a way to make designs individualized again because it’s so aligned with human nature. We are not meant to be still, nor are we meant to be clones of one another.

“Motion is a natural way of interacting with things. Instead of conforming to a cold system, what we want is those systems to conform to us, so that means adopting our nuances and essentially bringing up new ways to interact with things through motion,” he said.

“Motion is the difference between something that is dead or alive,” O’Connell said. “Apple has done this very well. Everything from the gently pulsing sleep lights on their Macs is a metaphor to the human touch. It’s not on/off, it’s more like it’s alive.”

By injecting this subtle motion into design, he said it can make users feel like they are interacting with something that’s has a personality and essentially a life.

8. VR and AR are changing how we interact with technology

One of HUMAN’s products is an interaction system that requires no additional hardware for a user to engage with a virtual interface. “We found the challenge was not necessarily the loading or unloading of these virtual objects in a scene, but how do we place our hands in the scene and when we’re invoking a menu, how does the menu relate to objects?”

“As your hand approaches the virtual object the lasso goes from your hand to the object like a rope and that means the actions you are about to do are specific to that object, so there’s a direct correlation between the action and the object. It’s the equivalent of the physical metaphor of me literally lassoing a cup on a table and saying that’s what I’m interested in—that’s what we’ve done.”

By thinking in terms of how humans actually perform actions, designers can experiment and find solutions that feel more natural and evoke an emotional connection.

9. Users will come to expect it

“Put it this way: once they’ve tried it, they won’t want to go back.” Motion, he said, is emancipating.

“It frees us from the tyranny of the technology and it starts to actually fit and match what we’re about. The only point of technology is to empower us as humans to be freer so we don’t have to sit in front of these screens with hunched backs, stare at flat screens and poke flat buttons. Nothing in the world is square. We’ve spent so long with everything around us squared off and somehow cold, we’ve gone into flat design and we’ve reduced even further, and I think there’s going to be a backlash to this. I mean it’s already happening, that’s why VR and AR’s exciting. It frees us from this. This is the next level of tech.” This post was brought to you by Adobe Experience Design CC, the all-in-one UX design tool.