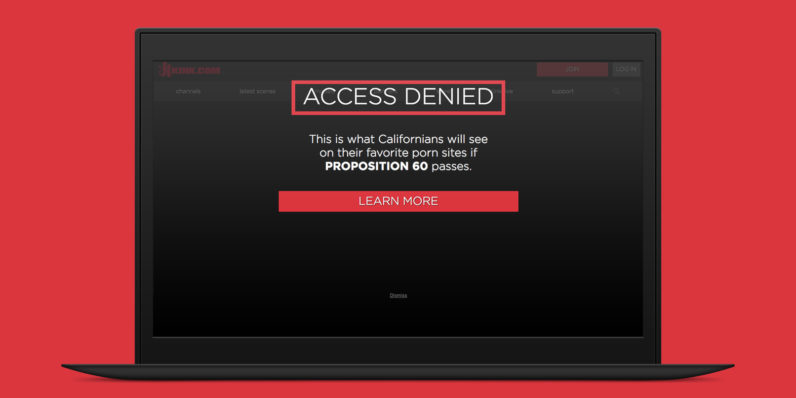 Vocativ reports that Vivid Video, Evil Angel, Kink, Pink & White Productions, and Treasure Island Media had begun locking out users visiting their site from California with a message urging them to vote no on Prop 60 yesterday.

It’s just condoms, right? What’s all the fuss about? Well, Prop 60, which state residents will be able to vote on come November 8, not only makes condoms mandatory in adult films shot in California – it also allows any resident in the state to sue producers and distributors of pornographic content that doesn’t feature condoms.

There are numerous arguments against that from the industry: That it would expose content creators to endless lawsuits and harassment, and potentially even those who are only associated with perpetrators.

It’ll be interesting to see how this plays out. If you live in California and love your unfettered access to pornography, you’ll want to learn more about Prop 60 and vote on November 8.