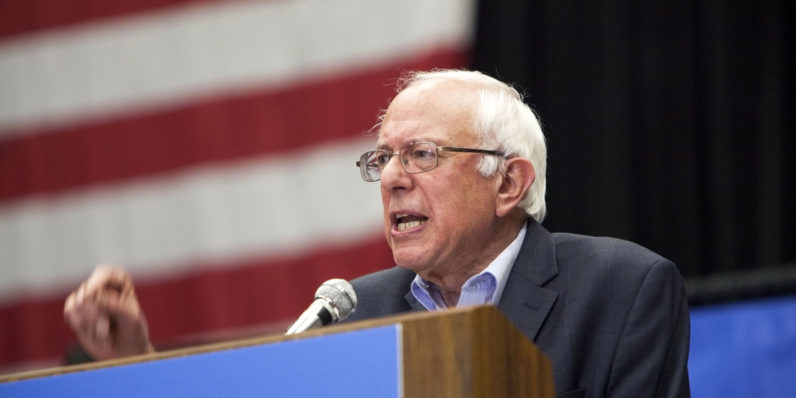 Who says we will no longer Feel the Bern just because the New York native is out of the running for president?

A tweet from Senator Bernie Sanders’ account that went out to his 2.65 million followers on Friday sent pharmaceutical firm Ariad’s share price into a downward spiral.

Drug corporations' greed is unbelievable. Ariad has raised the price of a leukemia drug to almost $199,000 a year. https://t.co/EB4nEPxP2G

Following the tweet from Sanders’ account on Friday afternoon about how Ariad raised the price of a cancer drug, the company’s shares plummeted 15 percent, costing investors $387 million.

Interestingly, the tweet wasn’t signed with a “-B,” which indicates that it was written by a staffer and not by Bernie himself.

Bloomberg noted that Ariad has raised the wholesale acquisition price of its leukemia drug Iclusig four times this year: A 30-day pill pack now costs more than $16,000, amounting to $199,000 a year.

In addition to highlighting how greedy pharma companies can be, Sanders’ tweet also shows the incredible power of Twitter as a platform. It strikes me as rather odd that the company is finding it difficult to stay afloat on its own or secure a buyer. Of course, those issues are more closely tied to its ability to grow and monetize its service than to how relevant it is – but if a single tweet can cost roughly $400 million, there’s clearly plenty of value in Twitter yet.

Read next: Google Maps for Android adds a one-tap shortcut to view traffic around you