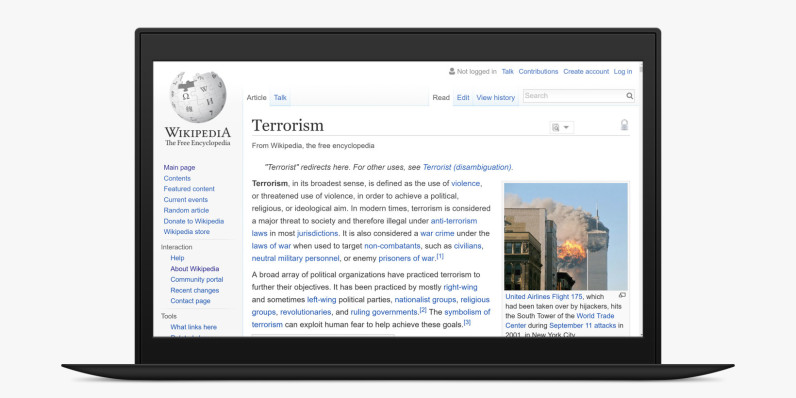 If you’re in doubt about whether the US government’s various programs to spy on its citizens has made people more paranoid, this should clear things up.

Jonathon Penney, a fellow at the University of Toronto’s interdisciplinary Citizen Lab, analyzed traffic on Wikipedia and found that visits to entries about terrorist groups fell by 30 percent after whistleblower Edward Snowden revealed that the NSA was spying on citizens’ online activity.

In his paper, ‘Chilling Effects: Online Surveillance and Wikipedia Use‘, Penney looked at monthly views on Wikipedia pages for 48 topics that the US Department of Homeland Security said it tracks on social media, including ‘Al Qaeda’, ‘terror’, ‘weapons grade’, ‘Abu Sayyaf’, ‘Iran’, ‘extremism’, ‘Nigeria’ and jihad.

He noted that in the 16 months prior to Snowden’s first big reveal, the articles drew between 2.2 million views per month rising to 3 million. After Snowden went public, those figures fell below 2 million before stabilizing at just under 2.5 million 14 months later.

Penney’s paper highlights the ‘chilling effect’ of the government’s snooping programs, which refers to the discouragement of the legitimate exercise of legal rights by the threat of legal sanction – in this case, to seek information and learn about what’s going on around the world.

If people are chilled from informing themselves about breaking news stories and other important news events, or from doing simple research online on matters of law, security, and public policy like “terrorism,” then chilling effects also have serious implications for public policy and public deliberation on point. With people potentially chilled or deterred from such basic acts of information gathering, people will be less informed, and our broader processes of democratic deliberation will be weakened.

His research could aid a lawsuit filed by the American Civil Liberties Union (ACLU) on behalf of Wikipedia’s nonprofit parent organization against the NSA and the Justice Department, which argues that the agencies violated the Fourth Amendment ban on unreasonable searches through its mass surveillance programs.

Read next: Elon Musk's OpenAI wants you to train your AI bots with Atari games