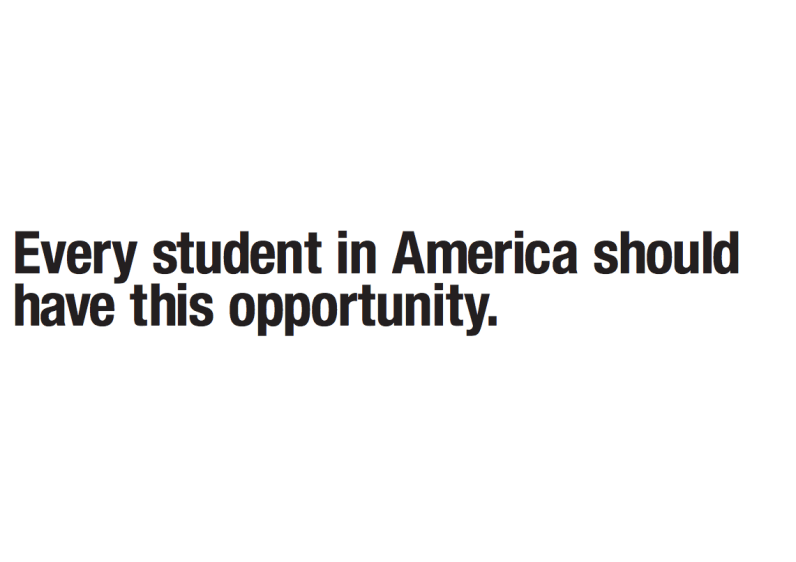 Everyone who’s anyone in tech – from Jess Bezos to Mark Zuckerberg – has signed an open letter to Congress urging them to put $250m of federal funds towards providing every student in every school with the opportunity to learn computer science.

Some $48 million has been raised privately, including $23 million from the likes of Microsoft and Google towards Code.org, plus additional funds from both of these companies and others specifically geared towards schools.

The letter has been organized by the Computer Science Education Coalition in partnership with Code.org and cites statistics that indicate “11 percent of all job openings and 16 percent of all new wages in the US are in computing fields.”

It’s also been signed by 27 state governors, along with many people working in the US education system. The organizations say this money is necessary to ensure “America remains globally competitive, secure, and prosperous in the future.”

Zuckerberg took to Facebook to explain his motivation for signing and coughing up some cash, explaining that:

Right now, there are 500,000 computing jobs open in America alone, but we produce only 50,000 computer science graduates every year. That makes no sense. When I was growing up, a lot of people thought coding was something only nerds like me did. But today it’s clear that coding is a basic skill and is something everyone should be able to do, like reading. It’s something every school should teach.

Something like this at a federal level would bring the US in line with countries like the UK, which already has a computer science program for all kids. It’s not clear yet, though, whether teachers have really been able to deliver on what the government had envisaged.

A shrewd politician might also point out that government funds could be more forthcoming if US tech companies were prepared to pay more tax. Particularly as the drive is as much linked to these companies own success as it is to America at large.

If you’re so inclined, there’s a petition on Change.org for individuals to sign.

Read next: Adobe XD update brings a ton of new features for designers and developers