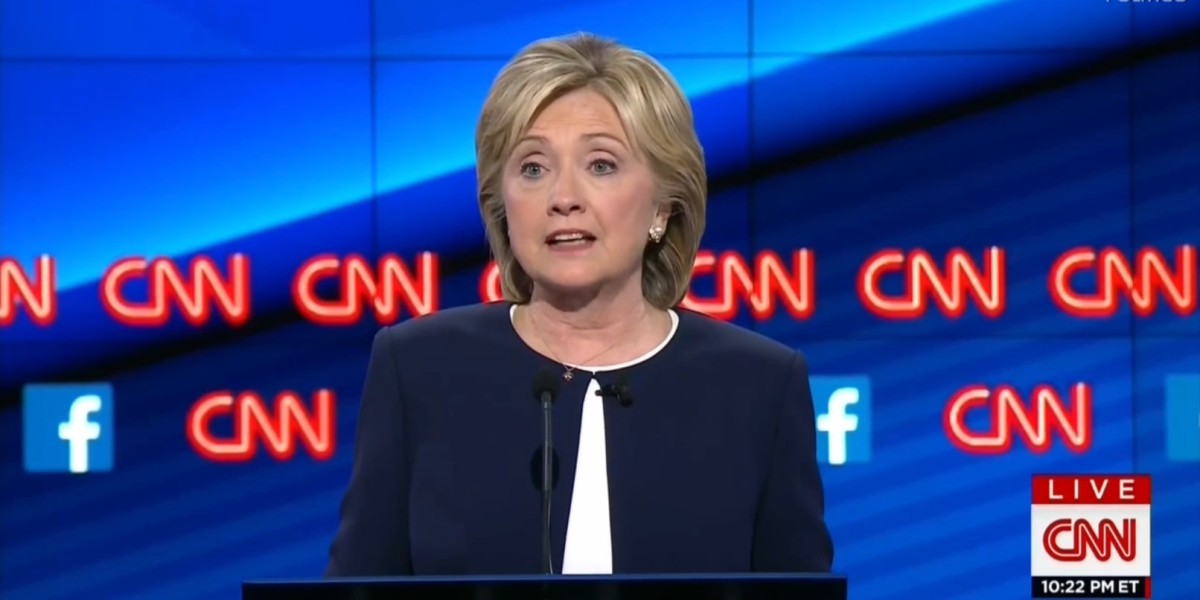 On Tuesday’s democratic presidential debate, Hillary Clinton said she believed that Edward Snowden should face a trial for leaking classified information from the National Security Agency (NSA) in 2013.

He broke the laws of the United States. He could have been a whistleblower, he could have gotten all the protections of a whistleblower. He chose not to do that. He stole very important information that has fallen into the wrong hands so I think he should not be brought home without facing the music.

Snowden took refuge in Russia as he did not believe he was granted adequate protection from reprisal under whistleblower laws. The Guardian notes that as a government employee, he would be subject to protection laws different from — and weaker than — those for civilian whistleblowers.

Virginia senator Jim Webb felt that Snowden’s fate should be decided upon by the country’s legal system. Former Maryland governor Martin O’Malley sided with Clinton, saying, “Whistleblowers do not run to Russia and try to get protection from Putin. If he really believes that, he should be back here.”

Former Rhode Island governor Lincoln Chafee differed from Clinton’s opinion. He said, “I would bring him home. The courts have ruled that the American government was acting illegally.”

Vermont senator Bernie Sanders assumed a more lenient position, saying, “I think Snowden played a very important role in educating the American public. He did break the law and I think there should be a penalty to that. But I think that education should be taken into consideration before the sentencing.”

With her statement, Clinton echoed the White House’s stance on the subject — in July, it responded to a petition that garnered over 167,000 signatures to bring Snowden home, saying that it would not pardon him and would rather see him judged by a jury of his peers.

It’s interesting that she came out with such an aggressive stance, especially after she was recently found operating personal email accounts with classified correspondence on privately maintained email servers instead of those secured and managed by the government.

Snowden commented on the incident in an interview with Al Jazeera last month:

This is a problem because anyone who has the clearances that the secretary of state has, or the director of any top level agency has, knows how classified information should be handled.

If an ordinary worker at the state department or the Central Intelligence Agency […] were sending details about the security of embassies, which is alleged to be in her email, meetings with private government officials, foreign government officials and the statements that were made to them in confidence over unclassified email systems, they would not only lose their jobs and lose their clearance, they would very likely face prosecution for it.

Read next: We could all be flying around in electric planes, but Elon Musk is too busy