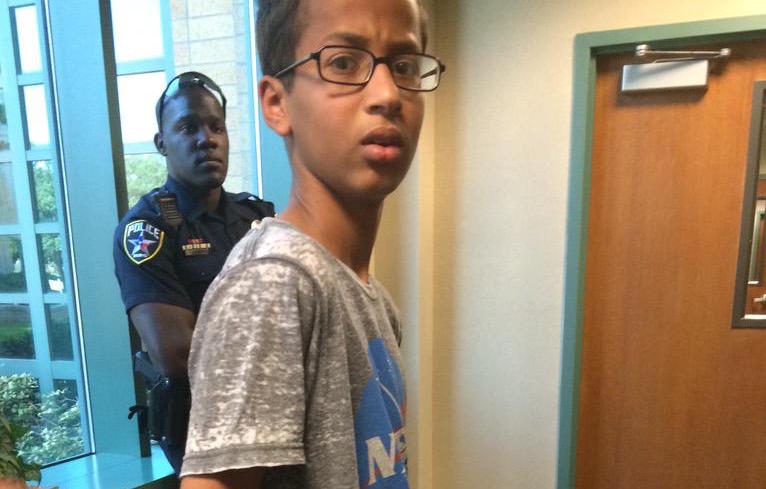 14-year-old Ahmed Mohamed and his homemade clock have sparked passion and support from thousands of people who believe he was unfairly arrested after bringing his invention to his classroom at MacArthur High School in Irving, Texas.

His innovation has also caught the eye of tech companies that are interested in helping stoke Mohamed’s interest in technology.

Facebook CEO Mark Zuckerberg spoke publicly about Mohamed’s story, and invited him to come to his company’s headquarters:

You’ve probably seen the story about Ahmed, the 14 year old student in Texas who built a clock and was arrested when he…

Ahmed, I know you’ve been invited to the White House and Facebook. But, we both know you’re enterprise software guy at heart. Come by Box!

Google has invited Mohamed to the company’s annual science fair, where kids between the ages of 13 and 18 compete for scholarship money:

NASA’s Chris Hadfield offered Mohamed a seat at the Generator show in Toronto:

Hi @IStandWithAhmed ! I’d love you to join us for our science show Generator in Toronto on 28 Oct. There’s a ticket waiting for you.

Twitter didn’t stop at a tour — the company wants the high school freshman to intern with them:

How do I get in touch with Ahmed? We (@reddit) wanna intro him to some of our friends in science (+ internship?) http://t.co/Bwgnbz179O

UPDATE: In a press conference, Mohamed said that he will be attending the White House — as well as changing schools.