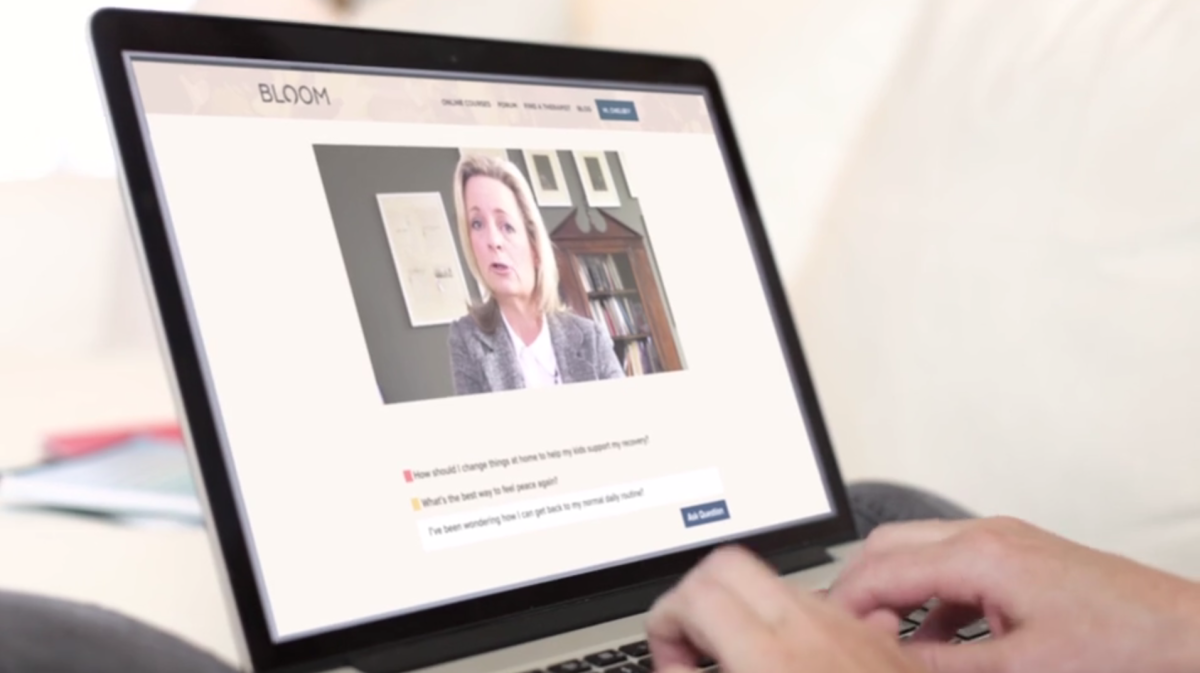 Underneath all of the salacious headlines, unsavory revelations and confessions from Z-list celebrities, it’s hard to remember that the Ashley Madison data dump also happened to affect normal, everyday people. Millions upon millions of marriages have been potentially jeopardized — and news reports have already confirmed that more than a few people have taken their own lives in order to escape the shame of the event.

But one website is offering six months of free counseling for victims of the Ashley Madison Hack and their spouses to help them recover from the trauma of the event.

Bloom is a Salt Lake City, Utah company designed to offer educational resources and forums to victims of what they call “Betrayal Trauma,” the clinical term for the damage caused when a person is violated physically, emotionally or sexually by a person close to them.

Launched on August 3rd, Bloom currently has 150 subscribers in its $25/month program, but is currently offering access to the site for victims of the Ashley Madison hack free for six months.

Specifically focused on the aftermath of couples dealing with sex addiction, pornography addiction or cheating, Bloom is the online manifestation of work done by the company’s physical clinic, Addo Recovery.

“We really began the clinic with a focus on the person who is acting out,” Danny Jackson, Director of Business Development at Addo Recovery, told TNW. “But then we became aware that there wasn’t a lot of support for women.”

Although Bloom caters to women specifically, as Jackson said they are most often on the receiving end of Betrayal Trauma from their spouses, couples can participate in the website’s resources together.

Jackson said that the core foundation of Bloom is similar to educational websites like Lynda or Udemy, which offer online courses on-demand on a variety of subjects. But instead of offering seminars on Photoshop, Bloom offers course programs on healing from Betrayal Trauma, restoring intimate relationships, and strengthening a marriage in recovery.

There are also lessons in creative arts designed to relieve stress in victims, such as yoga, interior design and gardening. Jackson says that Bloom will continue to add new classes to focus on self-care and wellbeing, like clean eating. All of these lessons are available via desktop or mobile.

Check out the video below to see Bloom in action:

In addition to offering courses, members to Bloom can gain access to the site’s forums, where victims of betrayal trauma can share stories and find companionship in their healing process. Forum resources for victims of trauma aren’t uncommon, but they are normally found on hidden corners of the web, lurking within Reddit or WebMD forums. The interesting thing about Bloom’s forum is that it allows its users to ask questions to certified therapists, who jump on the site every 24 to 48 hours to help with discussions and concerns.

“What we found is that women are going online and reaching out to find others who have experienced similar situations,” Jackson said. “We’re providing those resources for women to connect and share their stories.”

Victims of the Ashley Madison hack can enter the code “FREE6” to gain access to Bloom free.

“We’re a unique business trying to reach people who need it,” Jackson said. “With the Ashley Madison hack, we see an opportunity to help people who are struggling.”