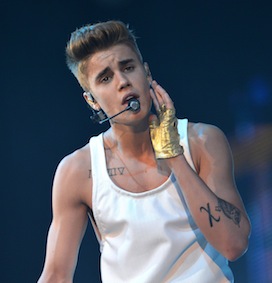 Justin Bieber wants to be more than just a celebrity. Now he also wants to be known as an investor.

CNN Fortune reports that Bieber recently led a $1.1 million seed round for a new social network that focuses on teenagers, which will launch later this week on the Apple store. The team behind this social network previously developed social mobile games under the RockLive brand. Though the founders declined to provide too many details about their latest project, its name — ‘Shots Of Me’ — hints that there will be photos. Many photos.

RockLive CEO John Shahidi, however, did tell CNN Fortune that Shots Of Me will try to “deal with things like cyber-bullying”.

In any case, going by Bieber’s explosive popularity among teenagers (he has a whopping 46.5 million Twitter followers and his first Instagram picture blew the photo-sharing service’s servers), Shots Of Me will likely make a huge splash, even if only among his fans.

Read next: LG's new loaner program lets developers borrow its smartphones for one month for free