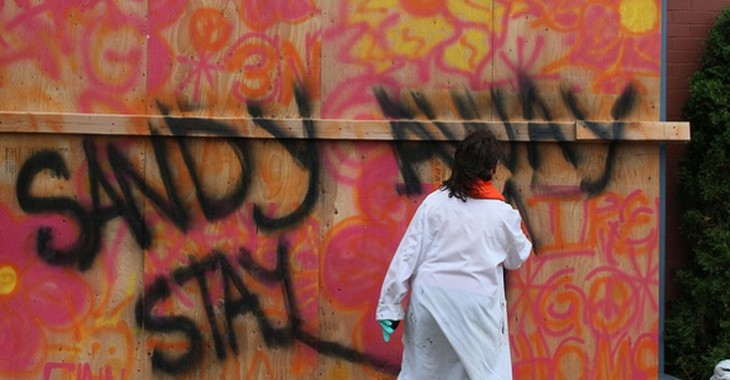 In the wake of Hurricane Sandy cell towers felled by the storm stayed down, and other telecommunications services were disrupted. Given that communications pathways are key in disaster recovery, having such channels become clogged, or off completely, is problematic.

Democrats in the House of Representatives have sent a letter to Rep. Fred Upton, Chairman of the Energy and Commerce Committee, urging hearings on the issue. 25% of cell towers in the affected areas, they say, were knocked out in the disaster.

“In a disaster, network outages and loss of coverage are not merely matters of inconvenience; they put lives at risk,” the missive declares.

The letter has two key components: Primarily, that climate change will lead to more weather occurrences akin to Sandy; in short, this sort of thing isn’t going away: “We cannot predict the time or location of the next disaster, but we know that these disasters are happening with increased frequency as carbon emissions build in the atmosphere,” the letter states.

To that end, there is much to do: “One issue we should examine is the performance of wireless and fiber-optic networks, which for many households are becoming their main means of communication. Indeed, AT&T and Verizon have recently announced plans to phase out support for traditional cooper-line networks.”

In short: Knocked out communication is bad, and the weather problems that lead to such disruptions are only set to increase in frequency. Given all of that, House Democrats urge for “a hearing on this topic as soon as possible.”

A good idea, from Congress. And you thought that was impossible. If you want to read the full letter, you can do so here.

Read next: Ask the experts: Highlights from the Future of Web Design NYC