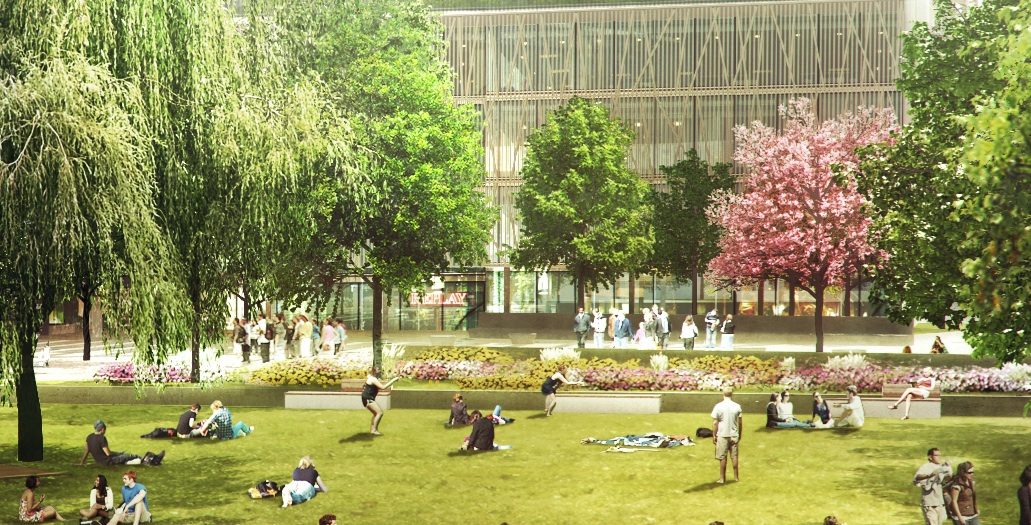 New York’s upcoming and well-hyped Cornell Tech Campus on Roosevelt Island has just started a seven-month “land use review process” in a bid to open up the space in 2017, with full completion by 2037.

With this announcement, Cornell is also teasing us with a handful of gorgeous, futuristic renderings. If the results of the new campus are even half as good as the imagery below, consider me blown away.

Just as Cornell Tech will be pioneering new approaches to graduate research and education, our campus won’t look like any other university campus that exists today. We are determined to innovate in every aspect of the development, from the way that students, faculty, researchers, industry and the local community are intermingled, to the sustainability of our buildings and their iconic architecture.

The shot below is reminiscent of the newest Cooper Union building:

TNW has spent tons of time digging into what makes the NY tech scene tick, and ultimately we’ve consistently seen incredible growth, with one major pain-point: a lack of developers. The new Cornell Tech campus, which is already operating temporarily at Google’s NY HQ, will be built entirely to resolve this problem, and that’s why members of the city’s startup scene tend to get so excited by it.

Read next: Crunchyroll hopes to bring Anime to its fans wherever they are [Interview]