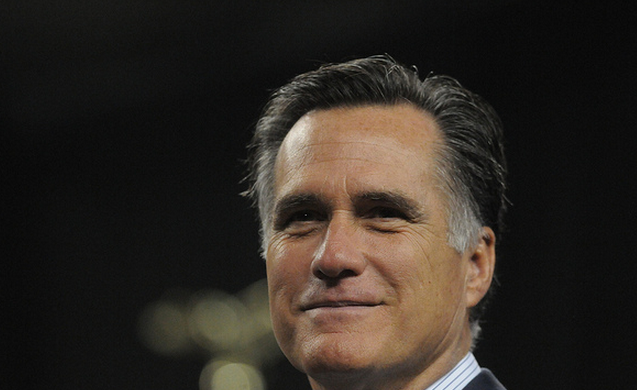 In the middle of this week, the New York Tech Meetup posted two letters that it had received, one apiece from the two leading presidential candidates. The Meetup had sent a letter to both campaigns, asking for the following:

[F]or you [the candidate] to explain to our members how your policies as President would benefit the growth of New York start-up community and other start up entrepreneurs who are using 21st century tools to build 21st century businesses.

As an aside, that both campaigns took the time to respond underscores yet again the rising profile of the technology industry in American politics, but I digress. The full text of each letter, along with an image of its original form can be found here.

TNW has excerpted out the most critical pieces of each letter, assuming that reading through somewhat ponderous campaign prose is not how you wanted to spend your Saturday morning.

We begin with Governor Romney, for the sole reason that the NY Tech Meetup listed his letter first. I make this point as I want exactly zero whining via email that I gave the President the last word out of some bent partisanship.

Human Capital. We must reform America’s legal immigration system to attract and retain the best and the brightest, and equip more Americans with the skills to succeed. I will raise visa caps for highly skilled foreign workers, offer permanent residence to foreign students graduating with advanced degrees in relevant fields, and restructure government retraining programs to empower individual workers and welcome private sector participation. […]

We must pursue genuine education reform that puts the interests of parents and students ahead of special interests and provides a chance for every child. I will take the unprecedented step of tying federal funds directly to dramatic reforms that expand parental choice, invest in innovation, and reward teachers for their results instead of their tenure. […]

As president, I will focus government resources on research programs that advance the development of knowledge, and on technologies with widespread application and potential to serve as the foundation for private sector innovation and commercialization. […]

We’re expanding broadband networks to connect businesses large and small with markets around the World. The health care law invests in our health IT infrastructure, improving the delivery and management of care. […]

[W]e’ve used technology to bridge the offline and online divide to empower citizens and build a more participatory democracy. On my first day in office I created the position of U.S. Chief Technology Officer so we can pursue new open data initiatives to unleash unprecedented volumes of government data related to energy, education, international development, public safety and other areas […]

We have a start-up visa program that’s allowing foreign entrepreneurs to establish businesses in America and create American jobs. And I have set concrete goals to create an economy built to last, including recruiting 100,000 math and science teachers over the next 10 years and training 2 million workers at community colleges for jobs in fields like health care, advanced manufacturing clean energy and information technology. […]

The next debate is just around the corner. I hope this helps you prepare for your viewing of it. In the mean time, keep building.

Final note: The above quotes are pulled from the official transcriptions – typos may exist. I tried to clean as I could. Top Image Credit: Austen Hufford

Read next: Apple got you lost? 40 alternative map & GPS apps for iOS