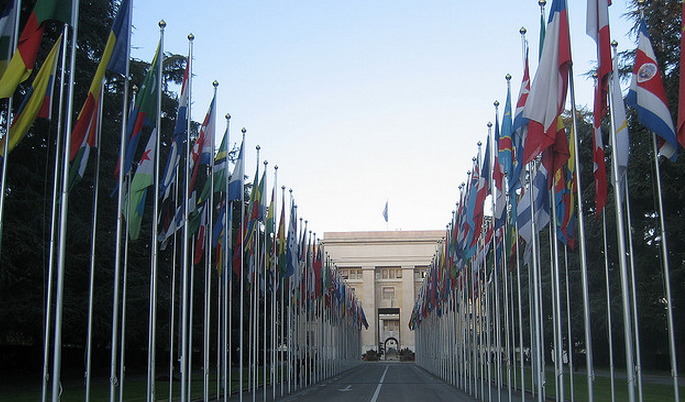 It’s not often that we are afforded a clear and open chance to praise our civil servants here in the United States. Today, however, is such a day.

I am pleased to introduce to you Terry Kramer, a United States Ambassador, who will be our country’s chief leader on-site at the get together in Dubai to take another look at the International Telecommunications Regulations, changes to which could lead to sweeping shifts in how the Internet works.

Under certain proposals, more authority to control the Internet could be moved under the UN aegis. The United States has firmly stood opposed to that. It’s Ambassador Kramer’s job to sell our position.

“We need to avoid suffocating the Internet space through well-meaning but overly prescriptive proposals that would seek to control content or seek to mandate routing and payment practices. That would send the Internet back to a circuit switch era that is actually passing in history”.

[Ambassador]: “Making content generation more costly and uneconomical will likely lead many content providers and non-profits to restrict or charge for downloads, even leading to black-outs in less developed countries.”

[TechZone360]: He added that the U.S. strongly opposed proposals from some “non-democratic nations” for the tracking and monitoring of data routing, which he cautioned:

[Ambassador]: “…makes it very easy for nations to monitor traffic, including content and customer information”.

In short, he gets it. The reasons that the United States is currently united, at least politically, against allowing the United Nations to impose onerous rules and regulation onto the Internet are obvious. All you have to do to pick a side on this issue is look to see which countries are in favor of such rules, and then look up their record on free speech. The correlation is obvious.

Now, though Mr. Kramer is competent, and apparently well spoken and versed, issues remain. As The Hill reports:

But Kramer warned that the United States is gaining a reputation of stubbornly opposing any changes to the ITU treaty. He said the United States will have to engage in negotiations with other countries to address their concerns.

The realities of diplomacy remain in place, in short. However, with ICANN firmly ensconced inside the United States, and much total innovation regarding the Internet spawning from these shores, exactly how much pull other, even annoyed countries, will have remains to be seen.

For now at least, our government is not only on the right side of an issue, but is managing a full-throated response in unison. Godspeed, Mr. Kramer.