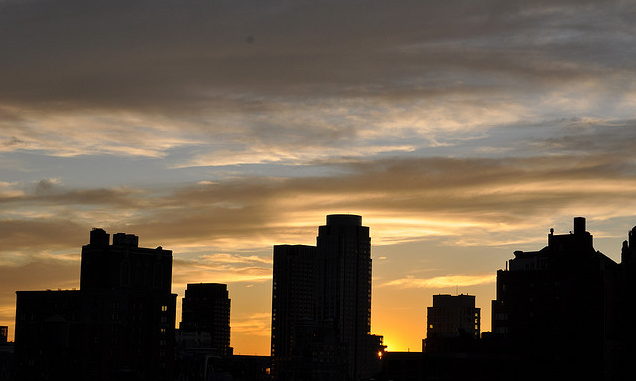 While I sit here struggling to load Instagram photos on my iPhone thanks to a faux-4G data plan, future-dwellers are zooming around on their flying cell phone scooters watching retina movies via iGlasses.

The promise of innovation is always among us, and that’s why the tech industry is so exciting. It’s also why the whole thing is one giant tease, and so, although most people have yet to enjoy true 4G on their phones in the year 2012, the groundwork for 5G must be laid ahead of time if we ever want to see it happen.

Now, Crain’s NY reports that because of a $800k grant from the National Science Foundation and a $1.2M grant from corporate backers and the Empire State Development of Science, Technology & Innovation, progress is starting to be made toward these efforts. A team at NYU-Poly, lead by Professor Theodore Rappaport, are now researching on this front, particularly regarding the millimeter-wave spectrum.

But why does this matter? Well, if you share my hatred of buffering, you already know how important speed is for the future of mobile devices. Beyond speed, 5G could additionally become much more reliable than 4G networks, thanks to the spectrum’s ability to “handle 50 to 100 times more traffic.”

We’re doing the fundamental research that will enable companies to begin working on the antennas, circuits and architecture. This work is so far ahead that companies on their own can’t justify the expenditure.

According to Crain’s NY, future 5G networks could have download speeds that are “1,000 times faster than 4G,” but wont be accessible by the general population for at least another 8 years.  Hopefully, the team will make sure we don’t have to wait any longer than that. I don’t know if I can bear it.

Read next: It's a platform, not a feature: Google+ Hangouts could bring YouTube-level disruption