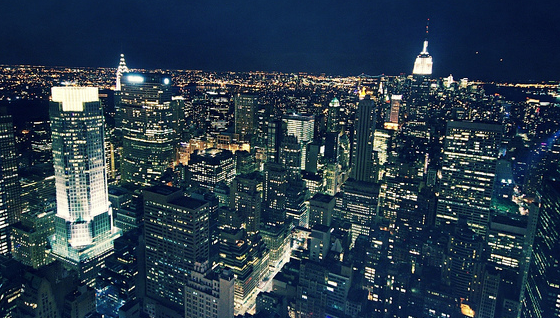 NY Tech Meetup, New York’s massive monthly gathering of 24,000 technologists, entrepreneurs, developers and designers, has just announced a new collaboration with Change the Ratio and Microsoft. Now, in addition to its standard meetup, NY Tech Meetup is ushering in its first Women’s Demo Night this Thursday and tickets are already sold out.

The overall goal of this new event is to “specifically showcase technology startups being built and led by women.” This month, the event will feature opening remarks by Rachel Sterne, Chief Digital Officer for the City of New York, and demos by ten companies: ElectNext, Fathom, Findings, HonestlyNow, Hourly, Incline, The Mission List, Paperlex, ReadSocial, and VenueBook.

Managing Director of NY Tech Meetup, Jessica Lawrence, said “there are so many women in New York creating, building, and leading amazing companies. This event gives us an opportunity to shine a spotlight on their work and highlight what an incredibly powerful and driving force they are in the city.”

Rachel Sklar, co-founder of Change The Ratio said “I’ve been so lucky to meet a parade of incredible female entrepreneurs, technologists and innovators here in New York. I’m so excited for how hard they are going to rock this Demo Night.”

You can learn more via the link below, but believe us when we say that this event is sold out!

Read next: Oh this is perfect: It appears that Apple is sourcing some mapping data from Microsoft