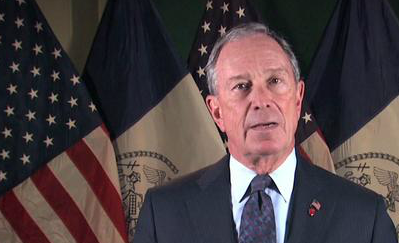 New York City’s tech-championing mayor, Mike Bloomberg, is at it again with a new video that shows off an inside look at NY’s startup community. From shots of hot co-working spaces like General Assembly, to quotes from NY entrepreneurs themselves, this video is pretty accurate by our standards.

And while non-New Yorkers may find the video self promotional, you can’t blame Bloomberg for trying (well, at least I can’t).

“Brought to you by New York Tech Meetup and NASDAQ OMX, a public service video in support of the companies being conceived and coded in New York. Produced by: HD MADE”

It’s important to note that the city’s support for tech is nothing new. In an introduction to the SXSW panel “Silicon Alley: Startup Ecosystem That Never Sleeps,” Mayor Bloomberg touted New York’s emerging tech scene as the place to be. And while arguments for who will be “the next Silicon Valley” have been done to death, Mayor Bloomberg makes it clear that the city will continue fighting to be the nation’s startup capital.

If you haven’t stayed in the loop on NYC, let’s just say it’s been quite a busy year. Only this month, we saw NY taxi cabs outfitted with slick Square payment systems and iPads, and before that we noted the new initiatives to bring WiFi and cellular reception into our beloved, sticky and often uncomfortably humid subway stations. We also covered NYC’s ambitious open data policy, a subway art app, the BigApps NYC competition and NY’s Facebook photo contest, which taps Instagram and Hipstamatic.

In other words, things are constantly happening here and we’re keeping our eyes peeled for more. Have any NYC news to share? Let us know in the comments below!