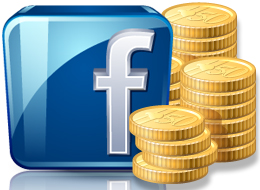 Co Collective, a New York City firm focused on business and strategy is announcing the launch of its first co-venture, Grind, a members-only workspace designed for “people who would rather work in a community than at a company”. Grind aims to facilitate the leap for many in the design and business world from corporate life to “free radical” status by offering a sleek and hip coworking space in Manhattan.

There are various approaches to coworking in New York, a city known not just for its creative industries, but its creative abilities to make the most out of tight spaces. In fact, if the entire world’s population were to live as densely as Manhattanites choose to do, all 7 billion of us would fit into the state of Texas. Coworking spaces operate like startup campuses, providing eager minds with outlets and WiFi, as well as access to angel investors and VCs, serial entrepreneurs who act like mentors, and a fertile breeding ground for collaboration between entrepreneurs, designers and developers. I recently detailed The 5 Coolest Coworking Spaces in New York City, which is why I’m so excited to learn about yet another sleek and hip looking coworking spot.

“We believe the nature of work is changing,” said Ty Montague, Grind partner and co-CEO of Co Collective. “We think more people than ever before are ready to make the same leap we made to leave life in a big company and set out to work either on their own or collaboratively within small groups. Grind exists to make that choice a lot less scary.”

“Grind is about supporting talented professionals in their independent careers with a great environment that enables them to do their greatest work on their own terms,” said Scott Belsky, Grind partner and CEO of Behance.

Check out the video to learn more about the space below:

Grind features faucets that reduce water use by 30%; Tru-stile doors made out of 82% post-industrial waste; paint with low volatile organic compounds; compact fluorescent light bulbs; and recyclable and biodegradable furniture from Vitra. Grind’s technology partner, Breakfast has supplied a gallery wall of 12 framed LCD screens and an internal digitally enabled marketplace, called the Agora, which will help Grindists identify community members with a skill needed to complete a project.

And as a bonus, Grind serves free, direct-trade coffee from Intelligentsia and will feature artwork by local artists including Justin Gignac, famous for turning found objects like litter into works of art. The Grind flagship is located at 419 Park Ave South, New York, NY but Grind says a “rapid global expansion plan is in place to accommodate free radicals living around the world and those who travel often.”

With backers like Behance and Co Collective, you may expect more advertising, graphic design and artistic professionals, as opposed to the tech entrepreneurs that flood the halls at nearby General Assembly and Dogpatch Labs. In short, Grind is facilitating a freestyle workstyle for creative professionals, and I’m very excited to check this place out.

Read next: The essential guide to working from anywhere