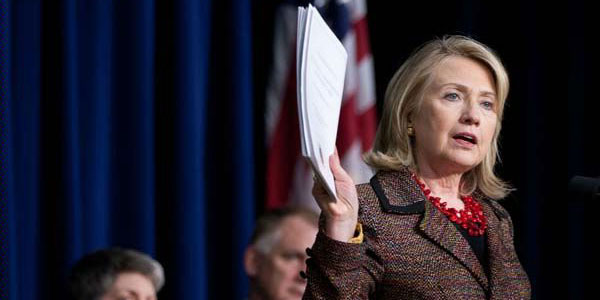 I don’t know about you, but the term ‘cyberspace’ brings to mind a time when AOL stuffed free trial CDs into PC magazine sleeves and Netscape Navigator was pretty neat, really.

The U.S. government today outlined its strategy for ‘cyberspace’. I guess that shouldn’t be surprising. Governments are meant to be, of course, twenty years behind everyone else.

But despite the nostalgic flashback, its interesting to note that the government’s strategy is based on principles of freedom of expression, innovation and economic growth, according to Secretary of State Hillary Clinton.

Less surprising are the references to strengthening security. That’s fairly neutral in its own right and, couched in terms that emphasize consumer security, actually sounds like a good thing, but anyone with dark skin and a moustache who has been through a U.S. airport recently knows that the government’s euphemisms come before widespread harassment and overbearing Big Brother-style laws and practices.

Still, the rhetoric about openness and fighting tyranny continues, with Reuters quoting Clinton as saying, “While the Internet offers new ways for people to exercise their political rights, it also, as we have seen very clearly in the last months, gives governments new tools for clamping down on dissent.”

With parts of the government fighting for stricter controls on the Internet and others teaching activists how to evade foreign government controls, it seems like a case of the right hand not knowing what the left hand is thinking or even believes in. It remains to be seen whether this new stated strategy will prevail over moves to tighten controls and censor the world’s biggest network.

Read next: A science fiction author blogs his battle with cancer