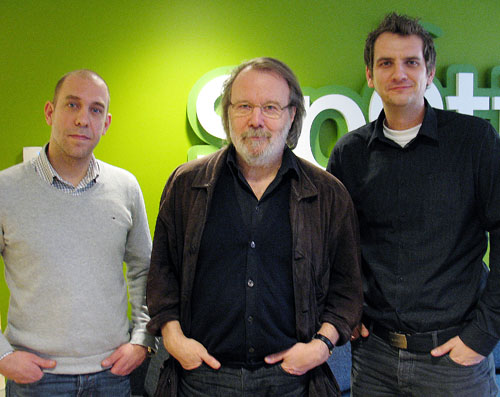 Spotify is still on course for a US launch, according to its CEO Daniel Ek, but an official release date is still far from being revealed.

Speaking at the D: Dive Into Mobile conference, hosted by AllThingsD, Ek explained that Spotify wasn’t a normal company that needs to build and release a product, it has to enter negotiations and make complex deals with recording companies before it even contemplates launching in the US.

Ek did give an idea of pricing, noting that a subscription would cost its US customers $10 per month, a similar pricing model to the rest of Europe.

Spotify stands above other music streaming services that have tried and failed to implement a similar structure to their offerings, just yesterday, Sly Songs announced it would closing stating it was unable to reach a large enough userbase. Last week we reported that although Spotify was posting profits in Sweden, it was actually making a loss in the UK.

Spotify has already established a loyal userbase in Sweden, Norway, Finland, the UK, France, Spain and the Netherlands. Users in these countries can listen to an unlimited number of tracks with a free account, which are punctuated with ads, or they can subscribe to to a monthly plan which removes all advertising and allows music to be streamed from the users mobile phone by way of a smartphone app.

Read next: Postmedia Group might have just made a newspaper app to save newspapers