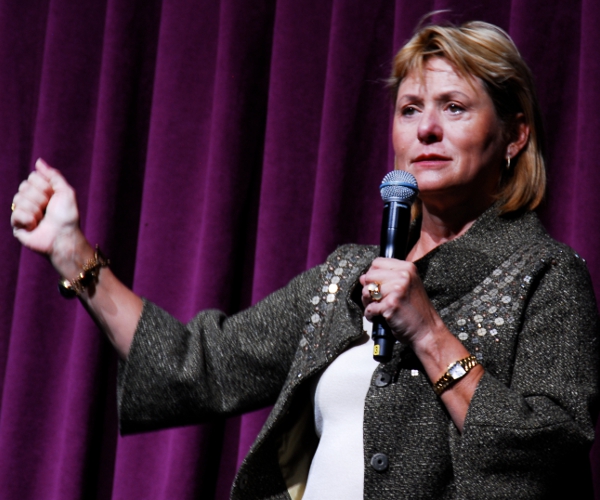 Yahoo! CEO Carol Bartz, interviewed at the Web 2 Summit in San Francisco said, when asked what Yahoo! stands for, that, “I actually think Yahoo stands for a lot, it stands for fun.”

Maybe it’s taken me two years, but I got it. This question has interested me because I actually think that Yahoo’s story is pretty clear… content, communications, media, technology, innovation… I think that Yahoo has always stood for those words.

Regarding search, Bartz said that, “I think it went off track when people thought Yahoo was a search company. Search is a hard problem,” is one that she was happy to hand over to Microsoft (with Bing). When Bartz was asked if people come to Yahoo! just email or it’s premium content, Bartz said, “I hope so!” and then, “First of all, I believe that when people come to Yahoo, they know they’re coming to Yahoo and why. It’s our job to bring them more and more relevant information.”

Bartz also said that Yahoo stayed with static pages for much too long, and fell behind “Web 2.0 sites” that introduced dynamic content much earlier than Yahoo! Regarding Google, Bartz said that, “”Who wouldn’t aspire to be Google? They’re a fantasic company,” but, “We’re not Google.”

Read our further coverage of what Bartz had to say about Yahoo!’s stake in Chinese company Alibaba.

Read next: A Brief Tour of the Blackberry Playbook [Video]