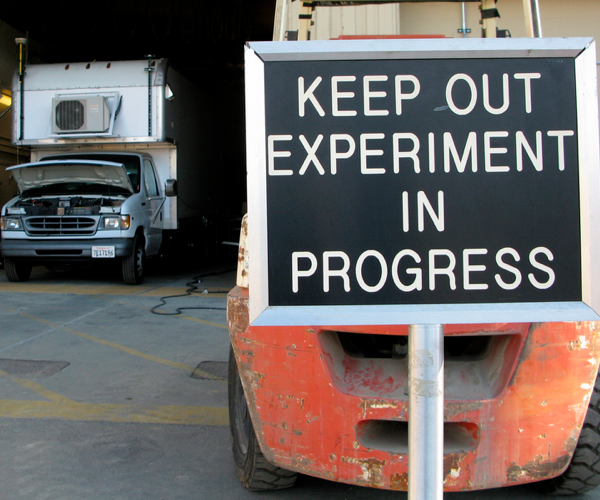 The world’s largest domain registration service, GoDaddy caused a bit of a stir yesterday when it began offering .co domains instead of .com as its default option. Well, it turns out that the move was just an experiment.

As reported by Domain Incite, a post on the .co blog today notes: “The Go Daddy test is exciting. Permanent? Not yet. While we have a great and expanding relationship with Go Daddy, we do not expect .CO to remain as the default TLD on a permanent basis. In fact this is only a test to measure conversions, customer feedback, and much more.”

Indeed, GoDaddy has already switched back to .com as its default. Domain Name Wire reports that GoDaddy often conducts tests like this, although this is usually to assess how changes in pricing affect levels of custom.

Even though this was just a test, it’s likely that alternatives to the good old .com will become increasingly popular as the number of high quality .com names available shrinks. .co would be a good alternative thanks to its similarity, although there could well be confusion if a different registrant claimed (for example) flowers.co to flowers.com. Typos could easily lead users to the wrong website.

Read next: Creating possibilities at TEDxBrooklyn: One Moves Many