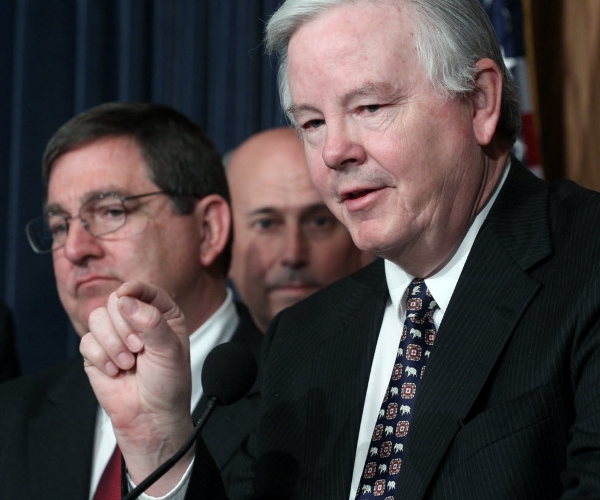 Texas Congressman Joe Barton said today in a taped interview on CSPAN that “You could almost guarantee that” technology executives – possibly including Mark Zuckerberg – will be called before Congress to answer privacy concerns.

Barton, who is a top Republican on the House Energy and Commerce Committee and a potential chairman of the committee in the next Congress, also said that Google CEO Eric Schmidt could also be called before Congress to answer questions about Google’s WiFi data collection (the FTC has ended its investigation of Google on this, and basically cleared them).

On privacy, Barton said that he was somewhat surprised that there hasn’t been an Internet privacy bill introduced in this Congress, and that he would be very willing to “legislate” on this issue in the next Congress, saying that privacy is “something that is gaining in importance”.

On Google, Barton said in the interview:

“The Google this is very troubling. In that case there appears to have been a conscious effort to collect information. Now, Google has said it was inadvertent. But it wasn’t just kind of accidentally gathered. I do think that is something we could look at…a maybe put together a bill to prevent that kind of activity from happening in the future.”

Google “will continue to work with the authorities to determine the best way forward, as well as to answer their further questions and concerns,” Christine Chen, a spokeswoman, said in an email to Bloomberg.

You can watch the interview here – the privacy section starts at around 13:40 and the Google part around 22:50.

Read next: The British Monarchy takes up residence on a new royal Facebook Page