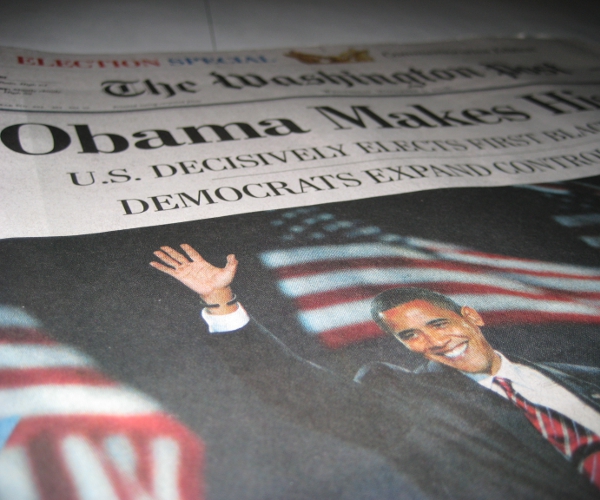 According to a new blog post by Twitter about the election tomorrow, the Washington Post will become the first news organization to pay for a Promoted Trend.

With the 2008 presidential election all but ensuring that Twitter would be at the center of this year’s online version of the midterm elections, it’s pretty reasonable for the Washington Post to want to beat out its competitors on Twitter, and securing a Promoted Trend is a good strategy.

The @WashingtonPost will make news themselves tomorrow as the first news organization to sponsor a Promoted Trend on Twitter. Track #Election to get breaking news on race results, help monitor polling places and follow the Post’s election coverage, just one click from the Twitter home page.

Twitter also talks about how CNN, MSNBC and The New York Times as well as us little people (i.e. actual voters) will use Twitter tomorrow in the post.

Update: PoynterOnline got a statement from Twitter’s Chloe Sladden, director of media partnerships.

Because the Promoted Trend is on the homepage of Twitter, the Post has the potential to lead the story cycle about the election on Twitter by maintaining a consistent presence. Their planned use of our Promoted Products platform to tell the unfolding story of the midterm elections — breaking updates on races, voter calls-to-action, streaming video in the right-hand pane of new Twitter — is perfectly aligned with readers who expect their news to be real-time, multimedia and personally engaging.

Correction: We originally said “Promoted Tweet” and not “Trend”, and have corrected it.