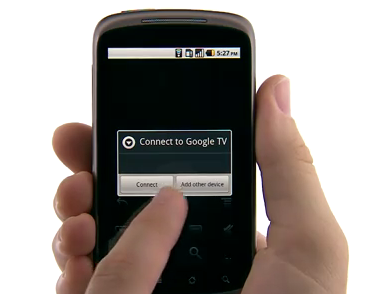 What do the Apple TV, Google TV, PS3, Wii, Xbox, Roku, TiVo, laptops, desktops, Blu-ray players, the iPad, iPhone and Internet-connected TVs all have in common other than plastic and cables?

Today Engadget confirmed that the little-red-envelope company has finally begun testing online streaming-only subscription plans. Most likely, in a few years (maybe 2014 or so, maybe sooner) Netflix will send out the last of its red envelopes, and the company will only offer content through an Internet connection.

It’s already well on its way there. Subscriptions are at an all-time high and it already streams over 1,000 titles of HD content. Earlier this week, there was a report that Netflix accounted for 20% of all Internet bandwidth during weekday prime-time viewing hours (you can believe that number or not, but let’s just agree that whatever it is, it’s significant). So plenty of people are already watching, and watching a lot.

As you probably already know, Sony’s Google TV went on sale starting last week (and according to Sony, is considered a bargain by consumers at $1399). Yesterday, it was reported that a number of the television networks were blocking access to their content to Google TV, and that Google was negotiating to get the content unblocked. Billionaire Mark Cuban, no stranger to either television or the Internet, then chimed in with a blog post saying that:

“The idea that they [the TV networks] would take and fight for money from their distributors, who generally are the same ISPs that Google TV delivers content over, and then offer the exact same shows for free through Google TV, or any aggregator that expects that content for free is probably one of the dumbest concepts ever.”

“So riddle me this batman. Netflix is on Google TV , correct ? Given that Netflix pays and Google TV doesn’t, why wouldn’t/shouldn’t the broadcast networks offer all of their shows to Netflix as a way to reach Google TV users, knowing that they will get paid for their content. Paid HUNDREDS OF MILLIONS OR MORE for their content.”

Most likely, the Google TV vs the networks thing will work itself out rather quickly, but it certainly highlights one thing for sure: we’re at a crossroads, and the only entity that seemingly has a clear set of directions is Netflix.

Netflix’s subscribers and stock are soaring. It has expanded (rather clumsily) into Canada. As we said above, it is included in nearly every device possible (with the exception of Android phones, but that shouldn’t take too long), and device manufacturers absolutely love to highlight the fact that they have Netflix support. Content producers (though they’d probably never openly admit it) must love that Netflix pays up front and keeps their longtail content producing revenue.

Then there are those pesky cable and satellite TV providers that are just downright terrified of Netflix, and for good reason: Netflix has already killed an entire industry (video rentals, including Blockbuster) and now has its sights targeted on taking on cable and satellite TV, at least as far as their premium, pay-per-view content is concerned anyway (Netflix after all needs the cable companies for the foreseeable future to transport its content).

Don’t believe it? Well, if you’ve been watching the major league baseball playoffs the last couple of weeks, you’ve probably seen that commercial where a guy with a blow-dart-tube goes into a movie theater projector room, knocks out the kid projectionist and steals the reels to the latest “Robin Hood” right? Well, that’s a Direct TV commercial and it’s all about saying one thing: Direct TV gets some movies a month before Netflix, which it names. The ad reeks of desperation.

So the question right now we’d like to ask is this: is there anything that can stop Netflix at this point?

Netflix’s closest competitor is Hulu, but even if it lowers its monthly subscription price to $4.95 for the still-in-beta Hulu Plus, Hulu Plus just isn’t nearly as polished or comprehensive a product at Netflix, and we’re pretty unsure how Hulu could close the gap in either content or subscribers quickly enough. So, probably the only likely way anyone could “stop” Netflix at this point would be to buy it.

How likely is that though? First of all, Netflix wouldn’t come cheap – investors are eating up all of the positive news. That said, it is hard to see any cable or content company buying Netflix even if they could afford it (and Netflix and its shareholders were willing to listen), so really the theoretical suitors are Apple, Google and Microsoft.

Apple has $51 billion in the bank and a brand new Apple TV that already supports Netflix, and could theoretically dominate if it had Netflix under its wing, but rumors/speculation of such a buyout have been around since at least 2007 (maybe earlier, we just did a quick Google search), so perhaps this is wishful thinking by a lot of people not named Steve Jobs. Or maybe Netflix is at the top of his list of “exciting opportunities” that he mentioned in his now-famous Q4 earnings call. Hard to tell what Mr. Jobs is thinking.

With Google TV, YouTube, Android, all its advertising, a love for broadband and a lot of cash (though not exactly in the United States apparently), Google could also benefit quite a bit from buying Netflix as well, though we have to say that between Google and Apple, Netflix just seems like more of a fit for Apple.

Then there is Microsoft, which has the Xbox, the soon to hit the shelves Windows Phone 7 and of course Windows itself. Adding Netflix to Microsoft would seem a bit out in left field, but, like Apple and Google, Microsoft could turn the Xbox into a must-have device – especially if the Kinect is as big a hit as we believe it will be – with deep and perhaps premium Netflix integration.

Are there other companies out there that could possibly buy Netflix? Probably, but this post is already long enough. Bottom line: Netflix is at the center of streaming universe right now, and whether it goes it alone or is bought by a company that can turn it into something even more, it’s hard to see Netflix slowing down anytime soon.

Read next: TEDxUBC: Challenging Us to Teach, Learn, and Work Better